NATO will not have planes operating over Ukrainian, Secretary General says 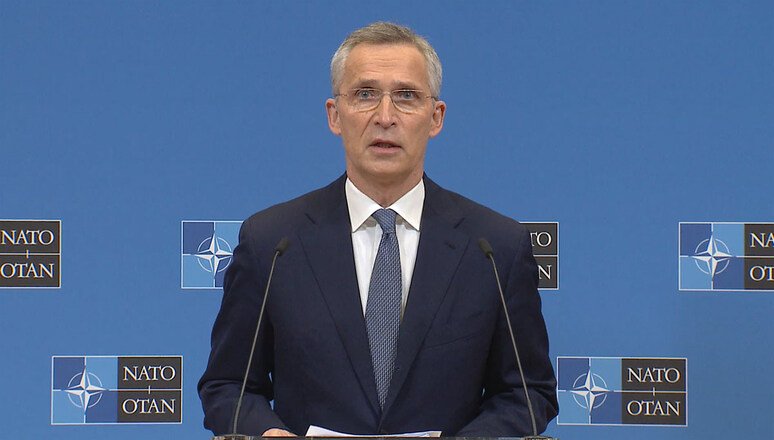 NATO Secretary General Stoltenberg confirms that the idea of a No Fly Zone over Ukraine was discussed.

Ministers agreed that NATO’s relationship with Russia has changed for the long term. This conflict will determine whether democracy or authoritarianism prevails, said Stoltenberg.

“At this dangerous moment no country and no continent can go it alone. But allies agreed that we should not have NATO planes operating over Ukrainian airspace or NATO troops on Ukrainian territory.”

NATO is a defensive alliance,” said Stoltenberg. “Our core mission is to keep our 30 countries safe. we are not part of this conflict. our primary goal is to ensure this conflict doesn’t spread beyond Ukraine. NATO is not seeking a war with Russia.”