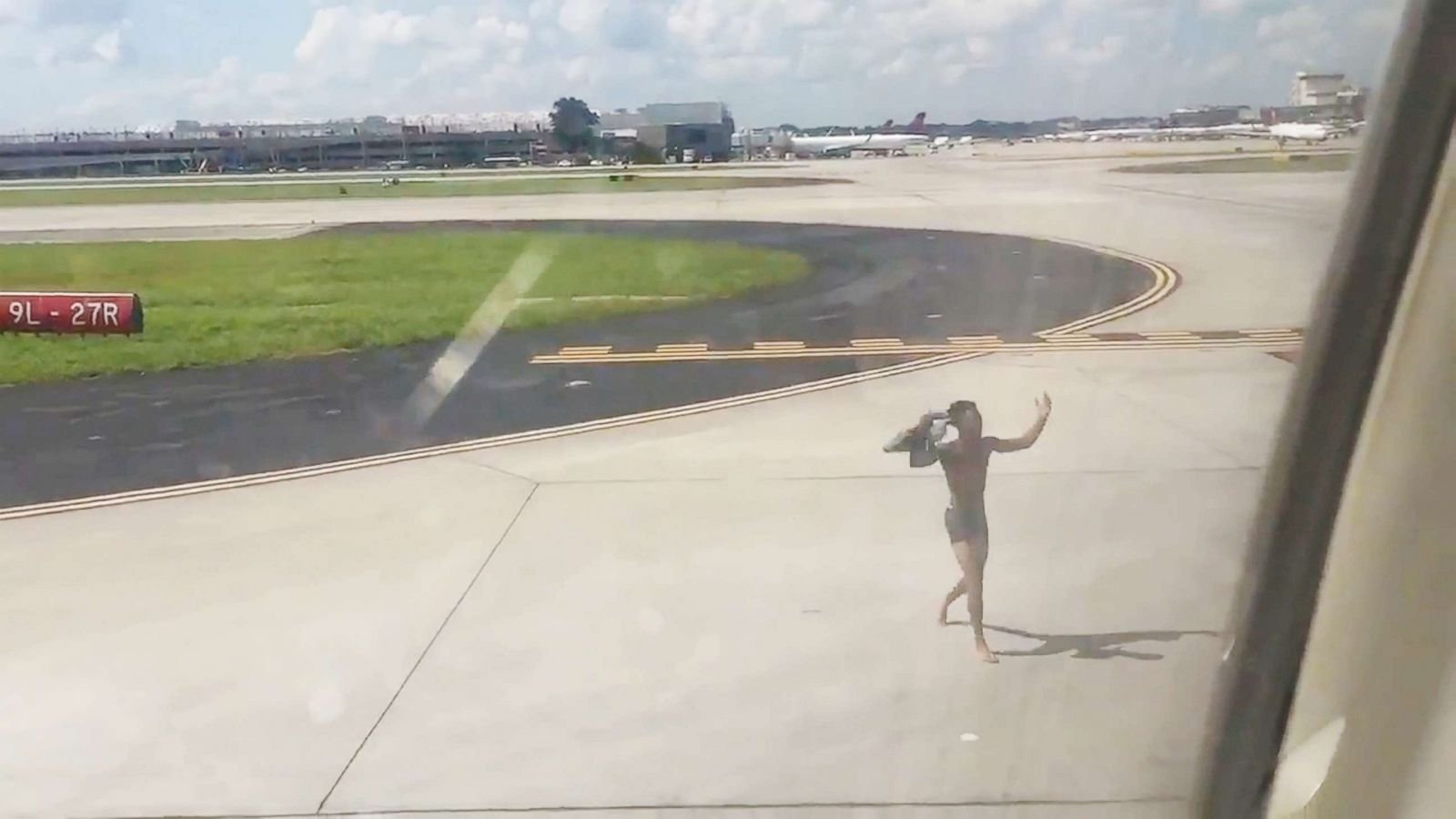 Airport officials initially said in a post on Twitter that a passenger exited a plane while it was stopped on a taxiway after arrival.

But later, the airport said: “There are conflicting reports as to how the male apprehended on the airfield accessed the airfield. He is currently in custody.”