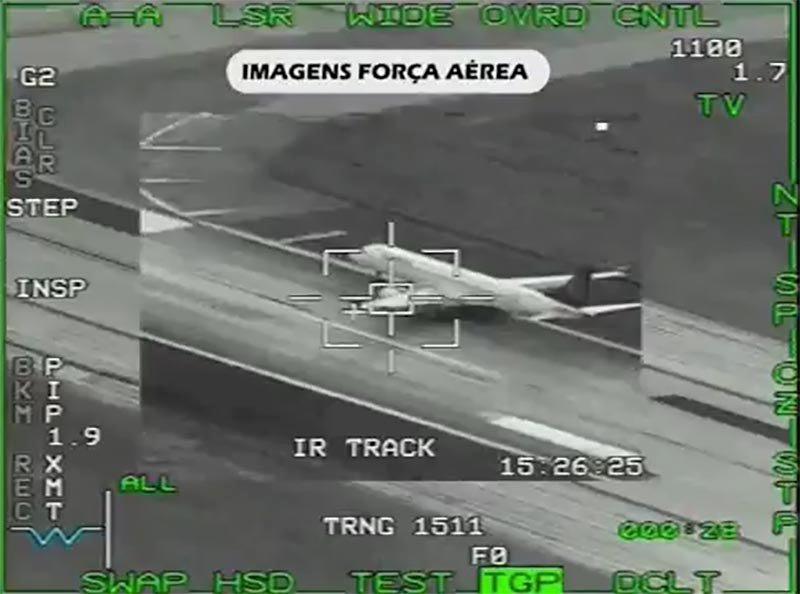 According to ATC, during the first 30 minutes of the pilots attempted to reach the sea for a ditching.

At 15.26 UTC the aircraft landed at the airport of Beja air base, about 180 kilometres (90 miles) southeast of Lisbon. The footage shows the Embraer landed on the right side of the runway.