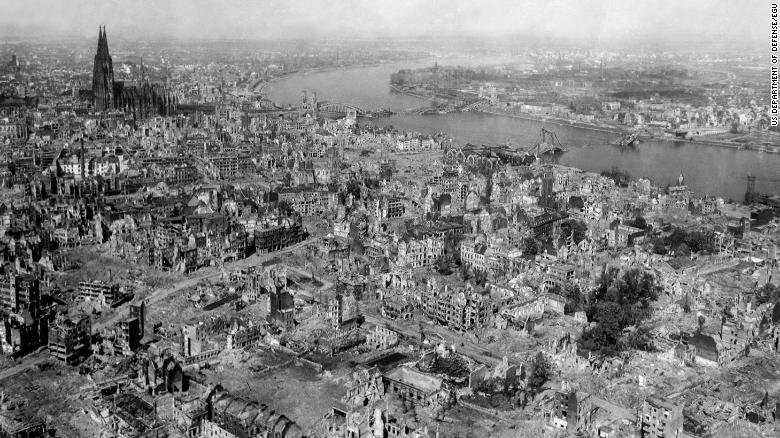 The find came about when researchers at the University of Reading analysed recordings made at the Radio Research Station at Ditton Park near Slough in England. The station took the “longest continuous set of ionospheric measurements in the world” with recordings taken from 1933-1996.

Researchers used measurements taken through 152 large Allied bombing raids from 1943-1945 rather than the Blitz. “This is because the blitz was ongoing from September 1940 to May 1941, which means the data would be harder to separate from other seasonal changes due to the sun that might affect the ionosphere.”

Other factors for using the data from Allied raids ad not the Blitz were the Luftwaffe planes not being able to carry bombs as heavy as the Allied forces, Allied raids being more intense, shorter and happening during daylight hours.

The ionosphere can be affected by certain big events: solar flares, volcanic eruptions—and the massive bombs dropped on Germany during World War II. Those bombings produced shockwaves strong enough to weaken the ionosphere right near the edge of space. https://t.co/zU2tm1LR7P

The ionosphere is always changing for various reasons such as solar activity and thunderstorms. The ionosphere impacts radio communications, GPS and some radar.

Lead author of the study, Chris Scott, said, “The images of neighborhoods across Europe reduced to rubble due to wartime air raids are a lasting reminder of the destruction that can be caused by man-made explosions. But the impact of these bombs way up in the Earth’s atmosphere has never been realized until now. It is astonishing to see how the ripples caused by man-made explosions can affect the edge of space. Each raid released the energy of at least 300 lightning strikes. The sheer power involved has allowed us to quantify how events on the Earth’s surface can also affect the ionosphere.”

The research also explains why some aircraft were damaged by shockwaves even though they were flying at the recommended altitude to avoid them.