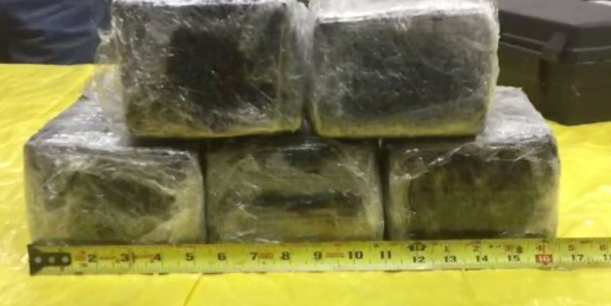 An American Airlines employee at Tulsa International Airport was conducting maintenance Sunday afternoon on a Boeing 757 and found one of seven bricks of the drug, Tulsa County Sheriff’s Office spokeswoman Casey Roebuck said.

The flight came from Bogota, Colombia, and landed in Miami, Florida, authorities said. The plane was initially scheduled for maintenance in Miami but was deferred to Tulsa due to a scheduling issue.

The maintenance crew found the bricks in the nose of the plane in what appeared to be new insulation, Roebuck said. The bricks were covered with wheel grease, she said, probably in an effort to mask the scent from drug-sniffing dogs.