NEWS 4 British plane spotters ordered to pay $2,000 or face a year in jail in Kenya 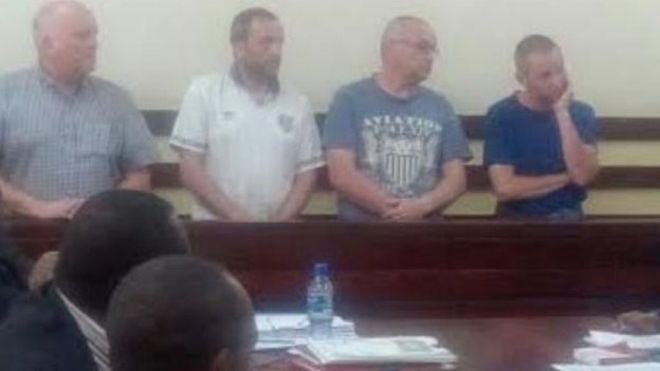 The four men from Greater Manchester were caught taking pictures at Wilson Airport in the capital and have been in custody for more than a week.

They remain in detention at the police cells at the main international airport until the fine is paid.

The men said officials at the airport had given them permission to film.

But they sparked a security alert after they were spotted from the airport bar.