NEWS 6 people living “on the moon” for next 2 weeks 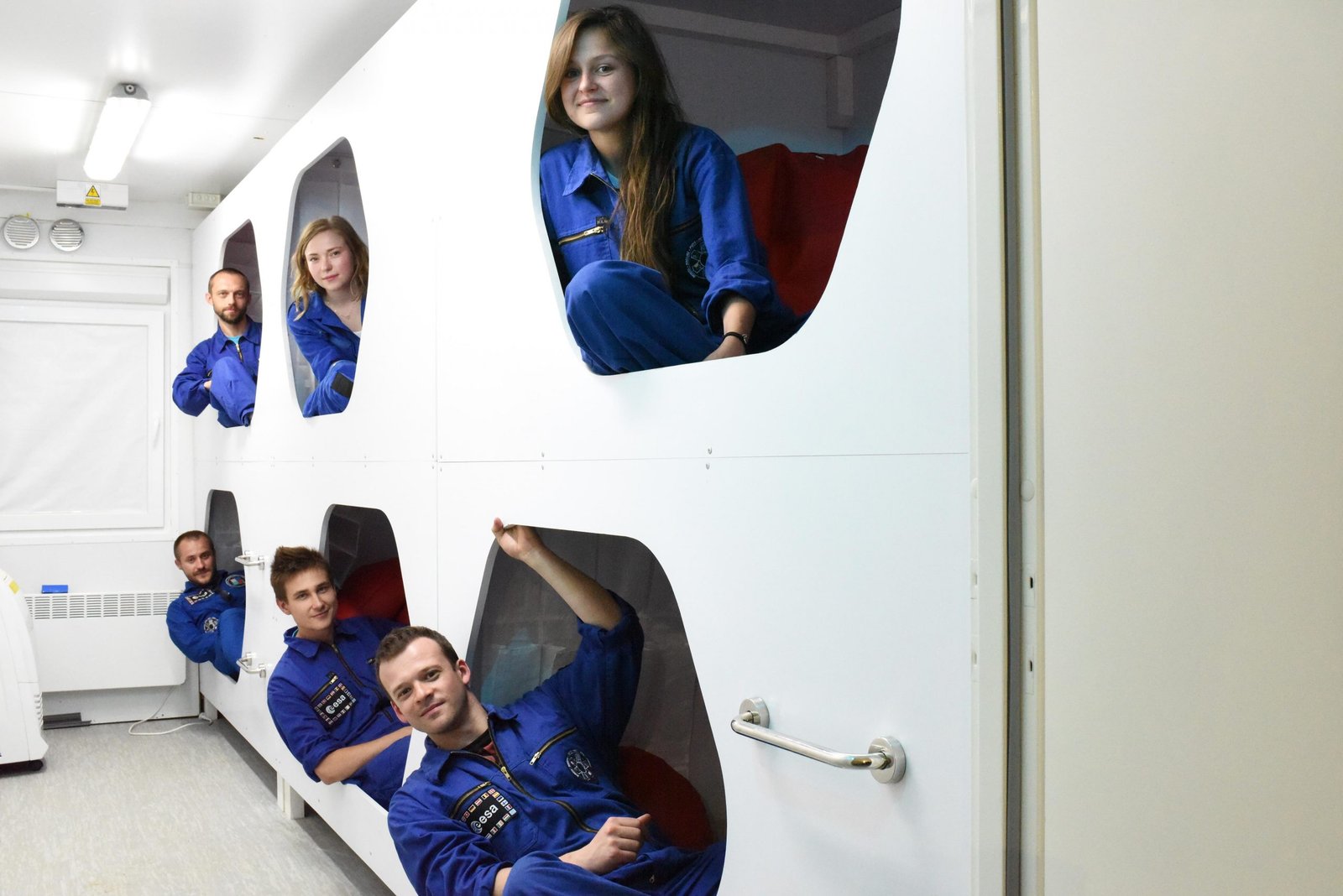 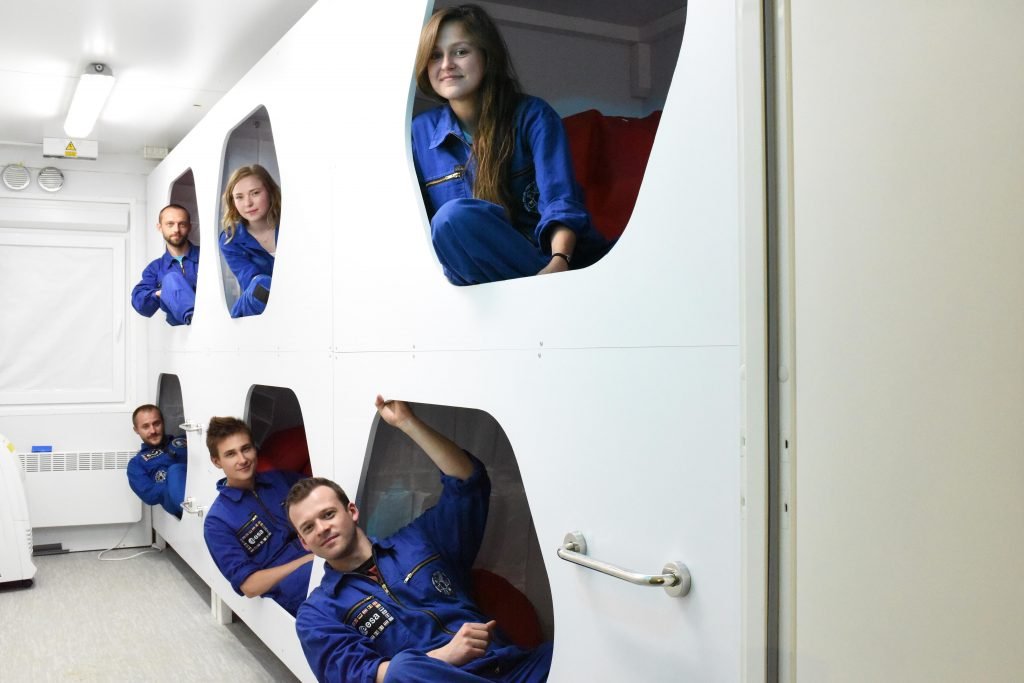 This crew of six is midway through a simulated expedition on the Moon, based at the new Habitat Lunares base in Poland.

The only facility of its kind in Europe, this privately run habitat is a simulated lunar base set up in a former military airport in Pila in northwest Poland.

The crew stays on the base for two weeks at a time, physically cut off from the external world. Lunares has no windows, is run on lunar time and its occupants can leave only by venturing into an adjoining hanger, which is filled with Moon-like basalt rocks for simulated Moonwalks.

This #LunarExpedition1 is the second of four expeditions this year, lasting 15–29 August. The mission is controlled from ESA’s technical centre in Noordwijk, the Netherlands, focusing on exploring changes to the crew’s biological clocks during their stay. It performs scheduling, communicates with the base and oversees lighting inside the habitat.

“The analogue astronauts are completely cut off from external light sources. Instead, we control the base’s automated lighting systems,” explains Agata Kolodziejczyk, research fellow in ESA’s Advanced Concepts Team, who led the establishment of the Lunares Habitat as part of her research into ‘time architecture’ for future off-planet bases.

“The habitat contains an LED light system providing a shifting combination of colours throughout the day, to mimic changes in sunlight. We’re extending the length of this artificial ‘day’ to put their circadian rhythms out of alignment and induce jet lag.

“But we’re also testing new prototypes of ‘physiological lights’ that emit in the ultraviolet – which penetrates through the retina to the brain’s pineal gland – to see if this is sufficient to reset their body clocks.”