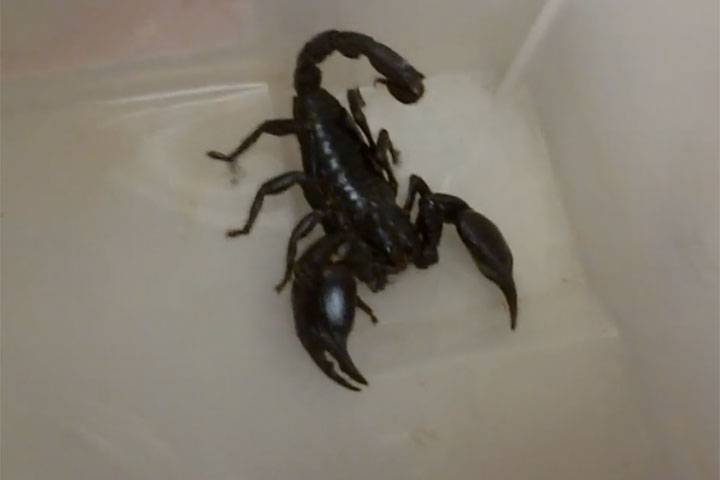 After spending two weeks on vacation in Mexico, Richard and Linda Bell were on a United Airlines flight home from Houston to Calgary on Sunday.

A scorpion fell from the overhead compartment and on to Richard. They didn’t immediately recognize the animal until a passenger sitting next to them pointed out that it was probably a scorpion. Richard took the scorpion from his hair and dropped it on his plate, then picked it up again. That’s when it stung him.

Emergency personnel came aboard when the plane landed in Calgary.

“The pilot announced it,” passenger John Rogers said. “Because the passenger was bitten, emergency services, the fire department and police boarded the plane.”

The Canadian man, who flies 150,000 miles a year with United, said he is “a little astonished” the airline has not contacted him directly about the incident.