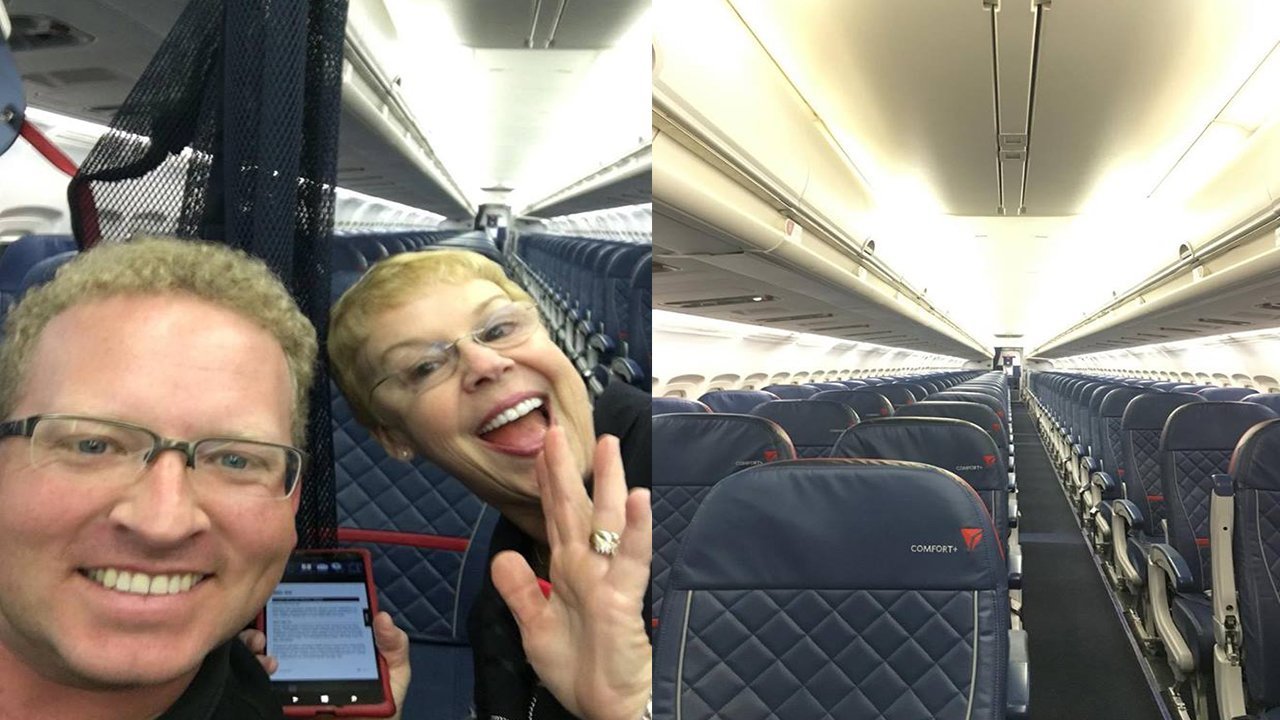 Atlanta man boards @Delta flight, discovers ‘I am the only person on this plane': https://t.co/QK56PO68x1 pic.twitter.com/eEdmF0Q0ya

A man had a unique experience on a Delta flight Tuesday. He was the only passenger on the plane.

Steven Schneider, of Lawrenceville, Ga., told WSB-TV he arrived at the Louis Armstrong New Orleans Airport and saw no passengers waiting at his gate.

While he was at the gate, a Delta flight attendant asked him if he would like to go home the next day because he would be the only passenger on the flight.

According to WSB, other passengers were scheduled to be on Flight 2426 but because of the flight being delayed a couple of times, they decided to take an earlier flight or postpone until the next day.

Schneider opted to keep his original reservation and had the entire flight to himself.

“At first I felt really bad because I didn’t want the plane to only make the trip because of me,” he told WSB. “But after talking to a flight attendant at the gate, she said the plane needed to go back to Atlanta anyway. She called this an empty leg flight.”

Schneider said the flight attendant told him she had never seen something like this in 17 years.