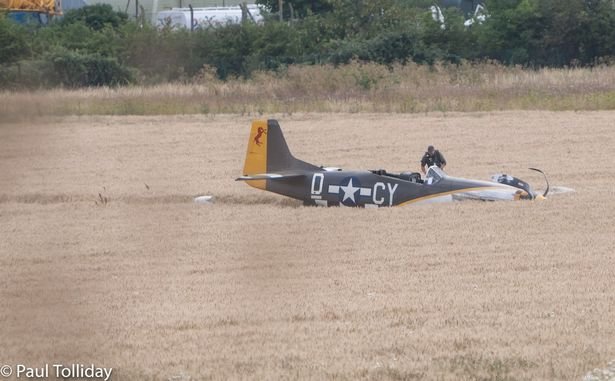 The vintage fighter plane that was forced to make an emergency landing in a field near Duxford Imperial War Museum was an American Mustang owned by the museum.

Officials at the museum have confirmed that one of the planes was forced to make an emergency landing. One witness reported that the plane, the P51d Mustang “Miss Velma” came down in a field near the Duxford Aerdrome. No one was injured in the incident.

The Mustang P51d called “Miss Velma” arrived at Duxford in July 2007 following a successful period of restoration and testing.

The plane never saw service in World War Two and was one of the last Mustangs to be constructed at North American Aviation’s Dallas, Texas, plant.