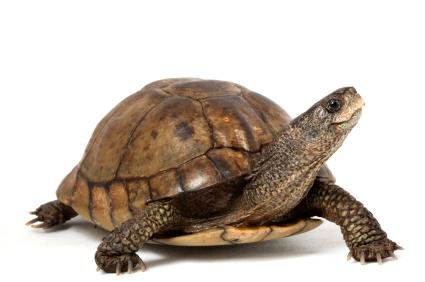 The reptile landed on the foot of passenger, who was reaching for his baggage shortly after his plane touched down on Sunday afternoon.

It was a Murray River short-necked turtle, a freshwater species often kept as a pet.

Nobody on the plane came forward as its owner. A flight attendant picked it up with a napkin and took it away.

There are no freshwater turtles native to Tasmania and they have been listed as prohibited wildlife since 2008. It is illegal for the turtles to be brought into the state, and according to the Department of Primary Industries the animals pose “a significant risk to our native freshwater species and waterways”.

A spokesman for the department said the turtle would be, or may already have been, euthanased by members of the wildlife operations section.