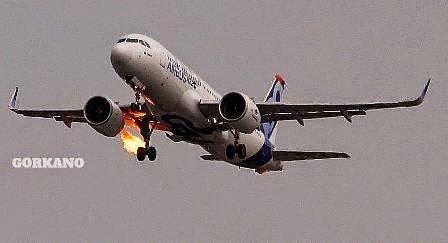 A spectacular image of the engine flame out following
the bird ingestion captured, shows the right PW 1100G Geared Turbofan
Engine, spewing fire through the exhaust. The incident occurred on the
first prototype of A320neo MSN6101, which began flight testing in September 2014.

The A320neo returned back to the airport without any further incidents.
Details of the incident has not been released by Airbus and Pratt and
Whitney.