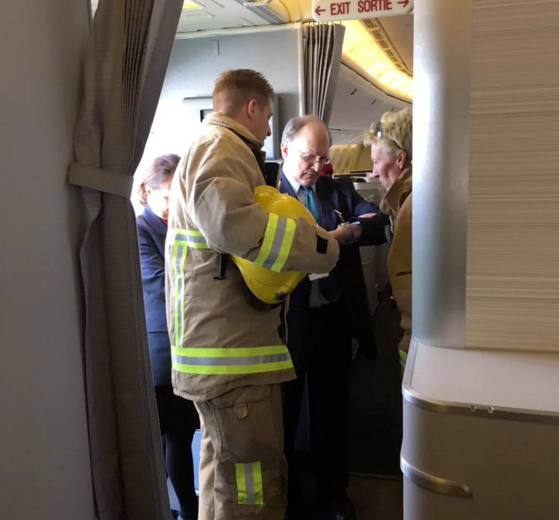 Air Canada #AC873 to Toronto was forced to divert to London Heathrow after report of smoke in the cabin.

The flight was forced to turn around for a second time shortly before 6.30pm.

Firefighters were seen on board the aircraft following reports of an ‘odour’ in the cabin.

Fire crew on board #AC873 earlier when it diverted to Heathrow pic.twitter.com/B8aEbin542