NEWS An Air Canada passenger has captured the moment a screw came loose from the plane, struck a propeller and lodged itself in a window 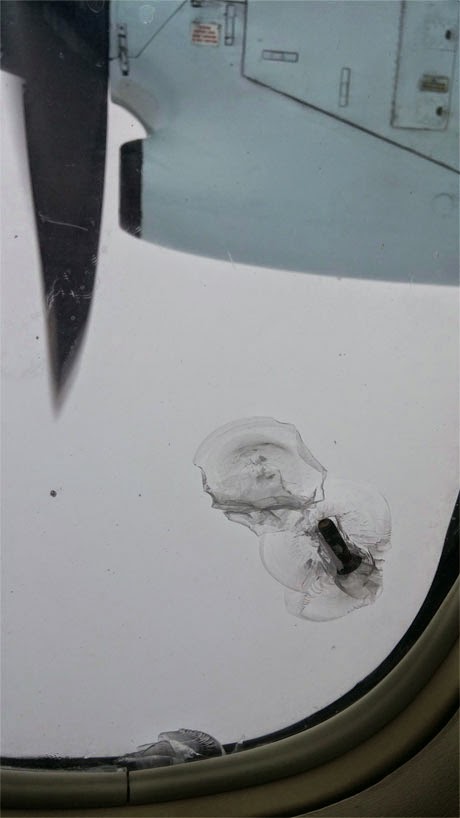 Air Canada has confirmed the incident. “There are twelve one-inch (2.5 cm) bolts on a ‘prop spinner’ on this particular type of aircraft (Dash 8 #300),” a spokes person told.

“While on descent into Vancouver on Nov. 25/14, (from Penticton, BC) flight #8353 had one of those twelve one-inch (2.5 cm) bolts come loose and strike one of the aircraft windows. The bolt struck the exterior pane (of two acrylic window panes) which resulted in a small hole in the exterior window pane – the interior pane was not impacted.

”There was no emergency declared and the aircraft landed safely and without incident. This is a highly unusual incident and our maintenance personnel in Vancouver have inspected the aircraft and are making the necessary repairs.”