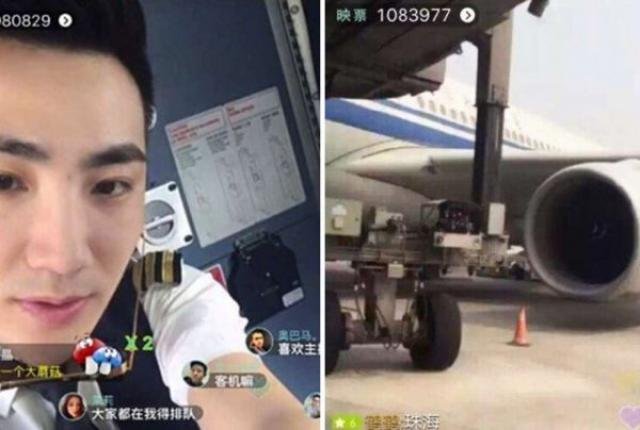 A pilot has been suspended after posting online videos of himself in the cockpit of jets. The Air China employee attracted almost 72,000 fans on his Weibo account, the Chinese equivalent of Twitter, with his clips. But the pilot, believed to be called ‘Andy’, has now been suspended by the company, which said his actions could ‘impact his emotions in the air’.