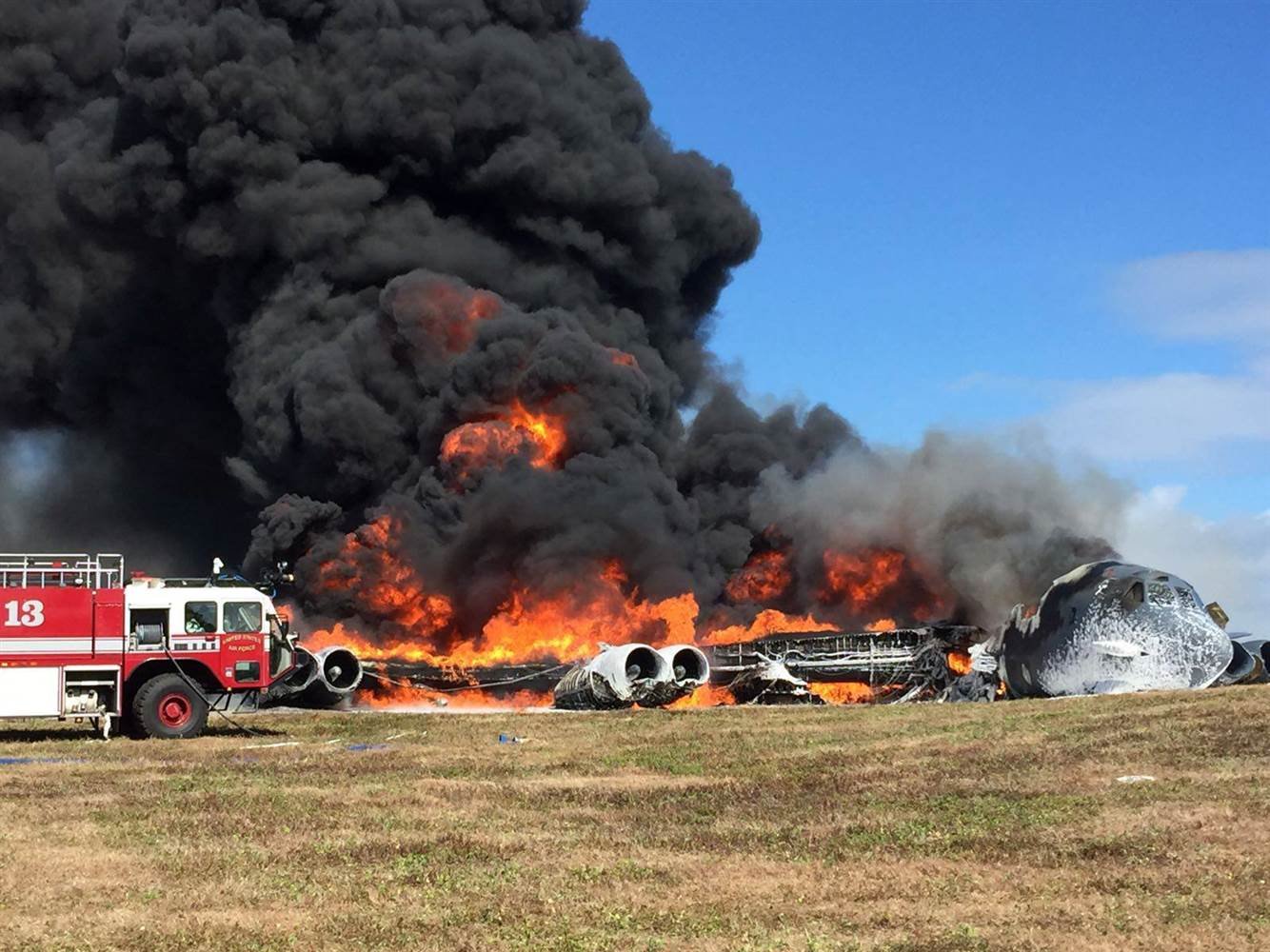 A B-52H Stratofortress bomber aborted takeoff and crashed at Andersen Air Force Base on the U.S. Pacific territory of Guam, the Air Force said Wednesday night. None of the seven people aboard was injured. The giant plane, part of the 69th Expeditionary Bomb Squadron at Minot Air Force Base, North Dakota, was on a routine training mission when it reported down at the base’s flight line, or maintenance area, about 8:30 a.m. (6:30 p.m. ET), the Air Force said.

None of the seven people aboard was injured.