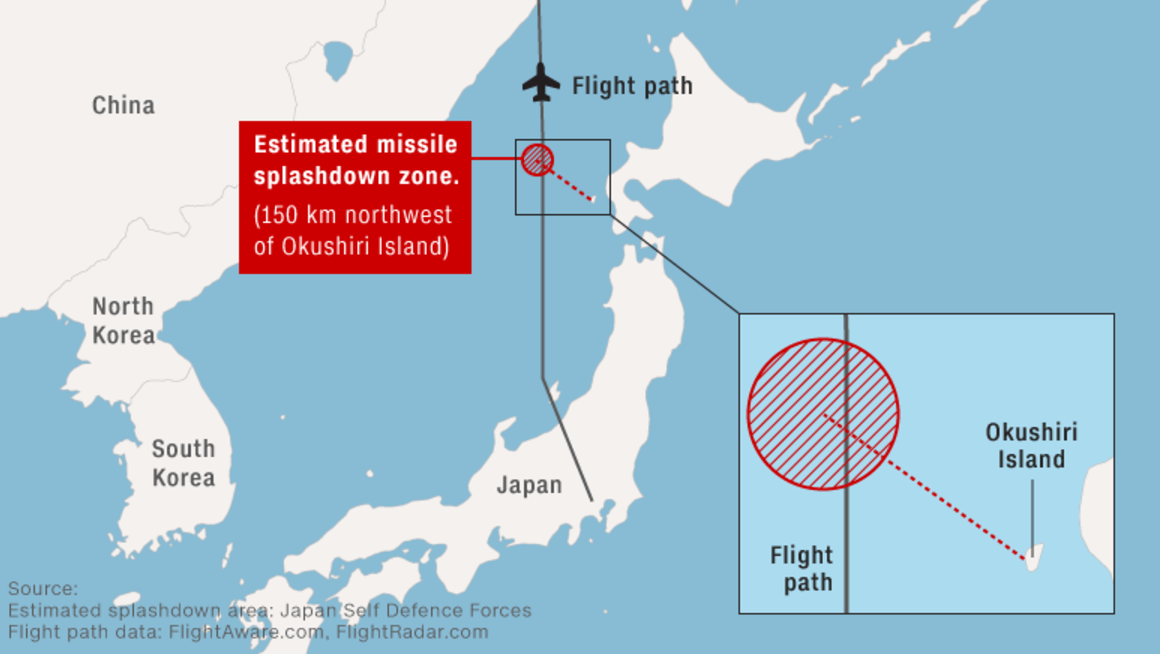 A commercial passenger jet flew past the site where North Korea’s recent missile test crashed into the Sea of Japan less than 10 minutes later, according to ABC News.

Air France Flight 293 was traveling from Tokyo to Paris with 323 people on board as the North Korean intercontinental ballistic missile was in the air on Friday. The Pentagon had already expressed concern over the possible danger missile tests pose to commercial flights in the region.

According to data reviewed by CNN, Air France Flight 293 passed just east of the splash down site roughly five to 10 minutes prior to the missile impacting the water. At the time of the splashdown, the Air France flight was approximately 60 to 70 miles north of where the missile landed, according to a review of the data.

“The missile flew through busy airspace used by commercial airliners,” Pentagon spokesman Capt. Jeff Davis said after an earlier test July 4, according to ABC. “It flew into space. It landed in Japan’s exclusive economic zone, an area that’s used by commercial fishing vessels. All of this is completely uncoordinated.”