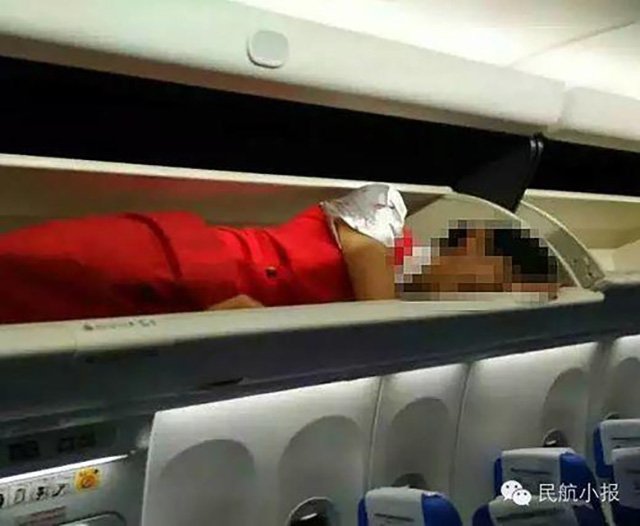 Kunming Airlines has been forced to apologize after images emerged showing female air hostesses being forced to lie in the overhead luggage compartment.

These pictures went viral over the weekend after being posted on WeChat. The SCMP reports that the original post alleges that almost all the cabin crew were forced into the overhead luggage compartment after completing 30-50 hours of service at the airline. It is also alleged that these incidents have been going on for the past 4-5 years.

The airline released a statement saying that these incidents happened without their knowledge, and that they will be conducting an investigation to find those responsible. The airline has also noted that no complaints have been made by the cabin crew.