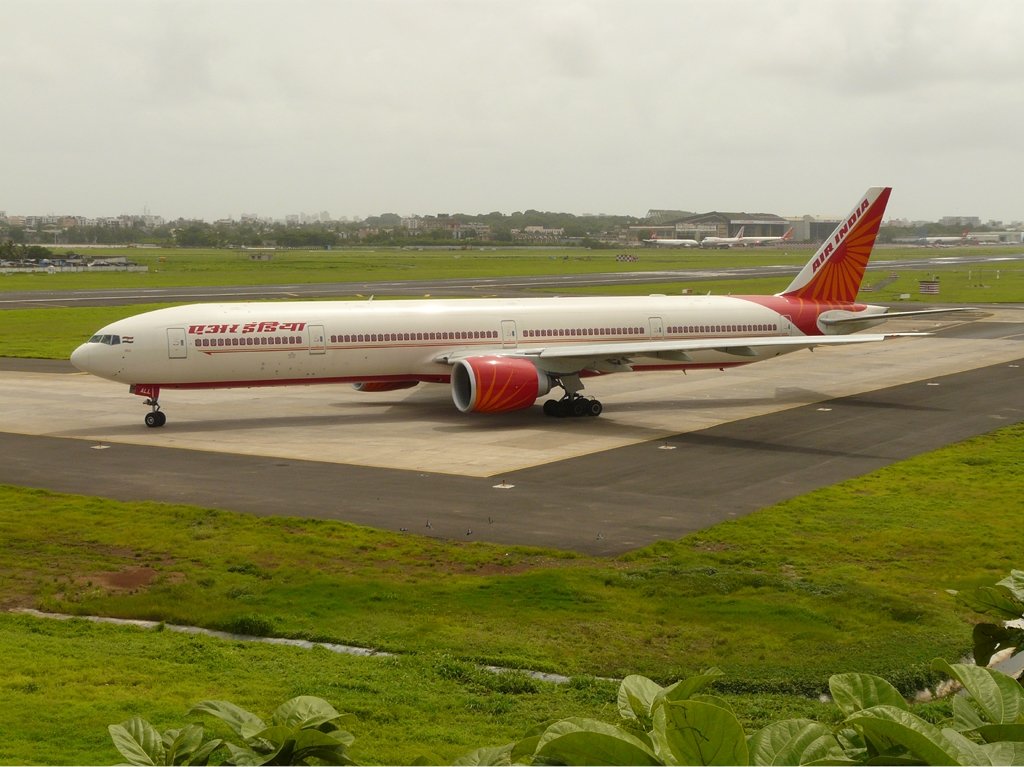 2 pilots & 1 ATC grounded off after a Newark bound AI flight with 447 passengers on board, took wrong taxiway. pic.twitter.com/jHkfaMCzba

The directorate general of civil aviation (DGCA) has suspended an air traffic controller and two pilots of Air India, who were operating a Boeing that hit a light pole at the Mumbai airport.

Although the collision, that took place early on Tuesday, did not hurt anyone or cause any serious damage to the Boeing 777-300ER, the aviation safety regulator took serious note of the matter as the Newark-bound plane had 447 people on board.
According to airport sources, pilots accused the air traffic control (ATC) official on duty of assigning a smaller taxiway which caused the collision. There are designated taxiways for single-aisle and twin-aisle planes. While narrow body type aircraft are assigned Taxiway Y, Taxiway H is reserved for the big birds.
Source