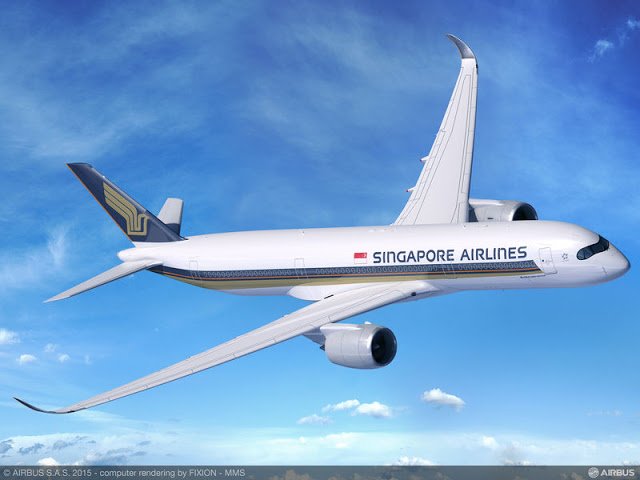 Singapore Airlines – which until late 2013 operated what were then the world’s two longest flights from its home base to New York and Los Angeles using the A340-500 – will regain the title in 2018 when it begins to operate non-stop service from New York to Singapore, a 19-hour flight that will cover roughly 8,700 nautical miles. The airline will use Airbus’ newly launched Ultra-Long Range version of the A350-900 to provide the service.

The A350-900ULR incorporates a number of necessary changes over the standard A350-900. These include a higher capacity fuel system within the existing fuel tanks, increasing fuel carrying capacity from 141,000 litres to 165,000 litres.