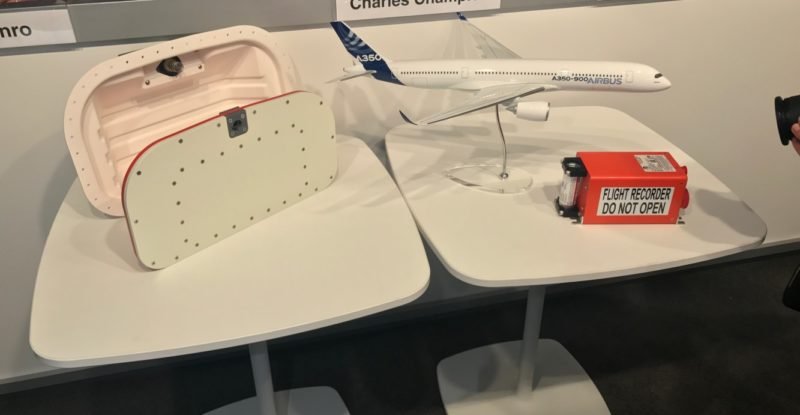 Airbus will fit deployable flight data and cockpit voice recorders on new A350 XWB aircraft beginning in 2019 and on the rest of its long-range fleet soon thereafter.

A deployable flight data recorder is designed to separate itself from the aircraft in a crash. They are particularly useful for crashes over water where accessing or even finding aircraft wreckage may be difficult or impossible.

Although exotic in the commercial market, they have a multi-decade history in the military market. The Boeing F/A-18 Hornet is outfitted with a deployable flight incident recorder system that is ejected from the aircraft shortly after the pilots, which has resulted in several recoveries of recorders that would not otherwise have been possible.