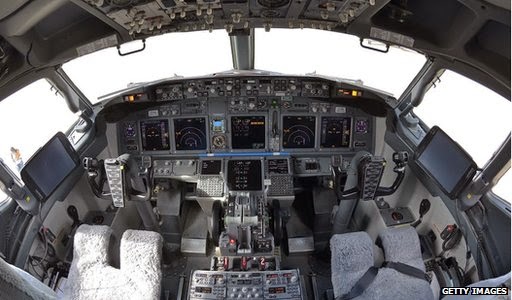 The US air safety regulator said that tests had indicated that mobile phone and computer signals could cause the screens to go blank.
Boeing had previously issued an alert in November 2012 after an aeroplane operator and wi-fi vendor noticed interference caused by the installation of an in-flight internet system.
In addition, the Federal Aviation Administration (FAA) said it was concerned that the screens could be disrupted by mobile satellite communications, cellular signals from phones, and air surveillance and weather radar.
More details on BBC News