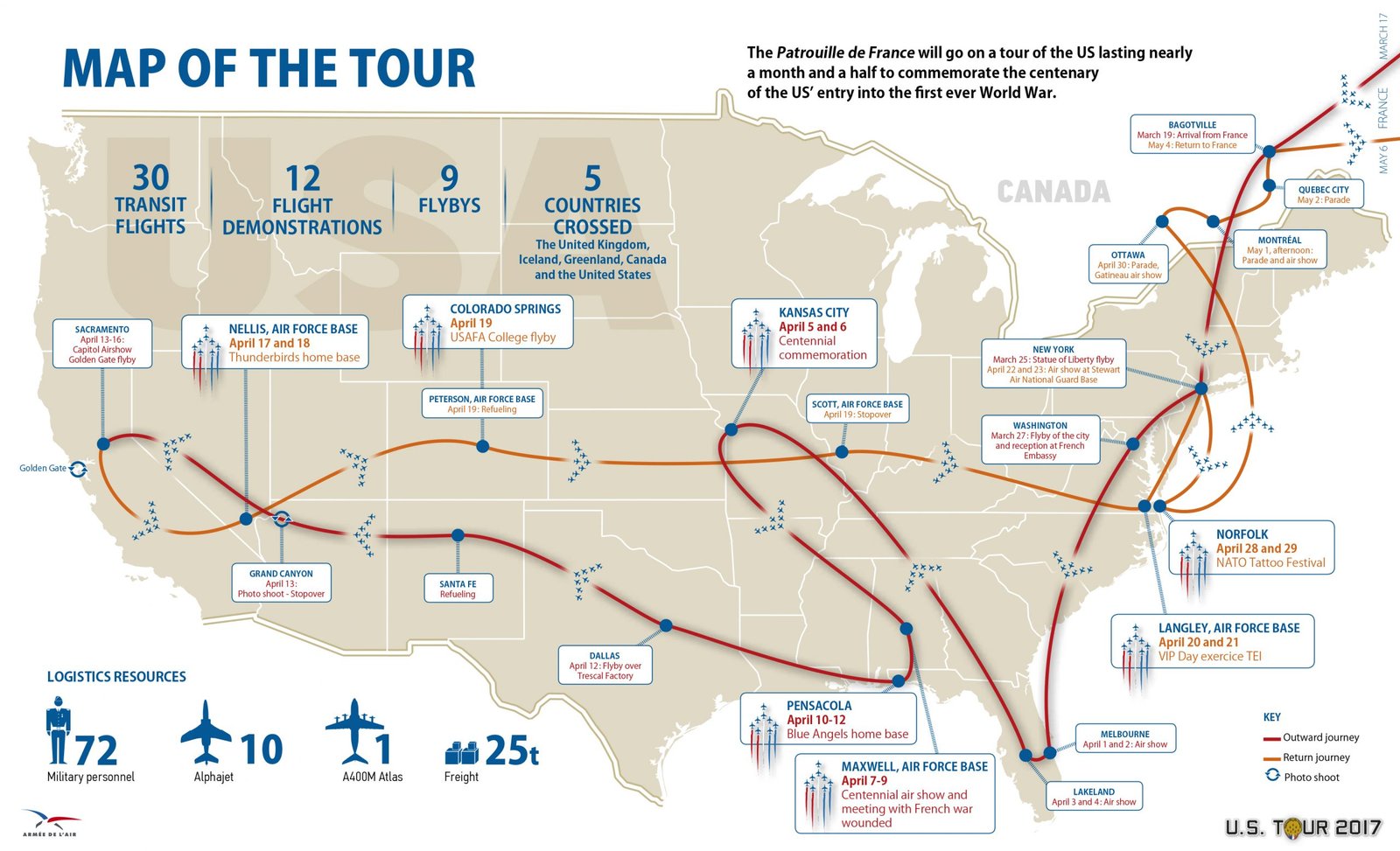 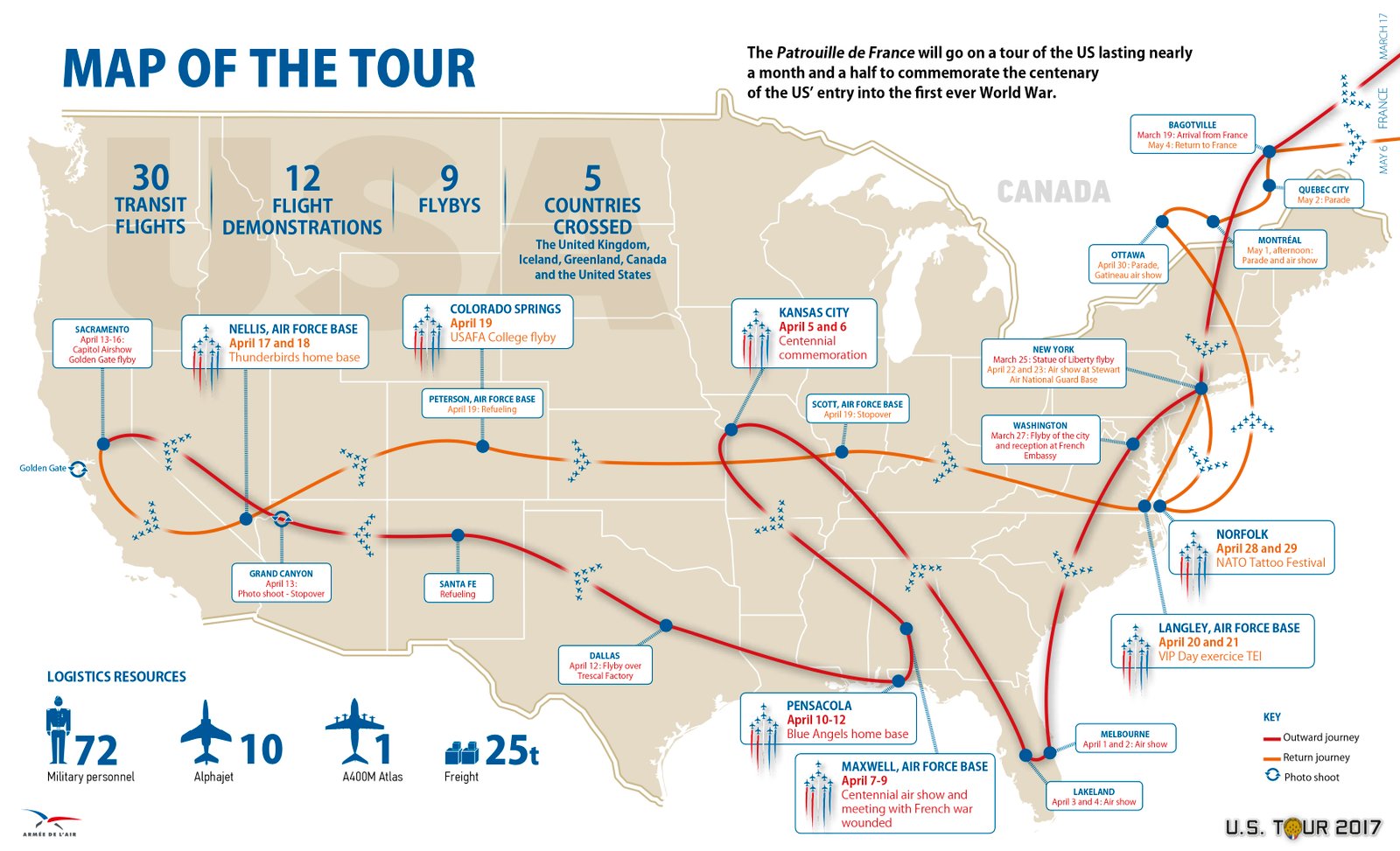 To commemorate the United States’entry into World War I, the Patrouille de France has been invited to tour America from March to May 2017 to perform in a number of air shows and flybys.

It has been 31 years since the Patrouille de France last toured North America. It will now be there to pay tribute to the United States’entry into World War I alongside its allies and to reaffirm the history of fraternity that links the US and France.