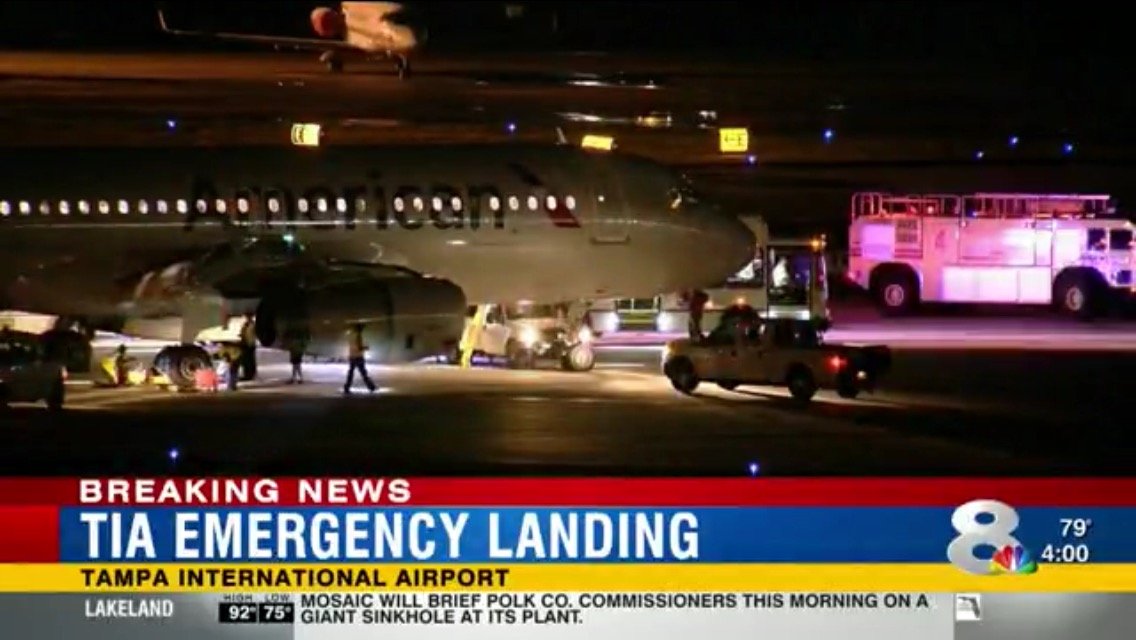 A flight from Phoenix has been forced to make an emergency landing on Tuesday morning after experiencing a landing gear fault.

American Airlines flight AA574 from Phoenix headed to Tampa was less than an hour away from landing when the pilots of the Airbus A320 aircraft discovered a possible fault in the landing gear.

The flight with 146 passengers on-board landed safely and everyone was deplaned by stairs and were bussed to the main terminal.

Jerry Penacoli was on board the aircraft and he said passengers were told to brace for an crash landing and cabin crew had to show passengers how to brace properly.

Adding to his statement he said everybody around him were saying their final goodbyes and were preparing for the worst. He also added the pilot deserves high praise during the difficult and emotional ordeal.

The aircraft is currently awaiting for inspections by maintenance teams at the airport.