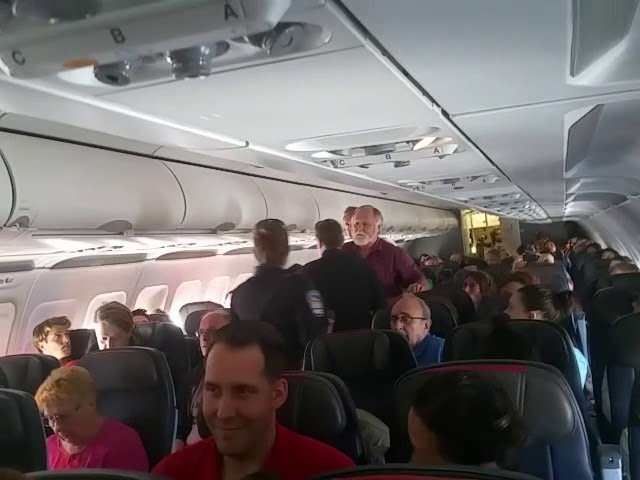 Passengers aboard an American Airlines flight were left shaken after they say a man tried opening the exit door during a flight.

Several people on a flight Saturday from Los Angeles to Minneapolis-St. Paul Airport told CBS News that a man wearing sunglasses tried to grab the handle of the plane’s exit door a few minutes after the pilot announced they were descending.

“There was a lot of yelling and screaming. I thought perhaps two of the passengers had gotten into maybe a fist fight,” witness Richard Munassi said.

Salman Elmi, who was also on the flight, told the outlet that passengers subdued the man until flight attendants stepped in to help.

A spokesman for American Airlines told Fox News that because the incident happened, the FBI was handling the investigation. Authorities have not released the suspect’s name or if he will face charges.