NEWS American, Delta and United ban the so-called ‘hoverboards’ from their flights over fire concerns 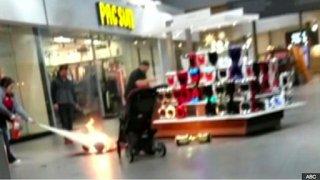 The three leading US airlines have announced a ban on hoverboards saying that their batteries are an unacceptable fire hazard.

American Airlines, Delta and United have said the ban will apply to both checked and hand luggage on all of their flights.

US Government agency is currently investigating the boards after receiving at least 10 reports of fires.

JetBlue, Alaska, Virgin America, Hawaiian, Spirit and Allegiant have already previously banned the ‘scooter’ and Southwest is having discussing on what is the best way to handle to situation.

Delta has told BBC News that the self-balancing scooters often use batteries that exceed the wattage allowed on planes.

The lithium ion batteries used in these devices are common – and are used in phones, laptops and toys.