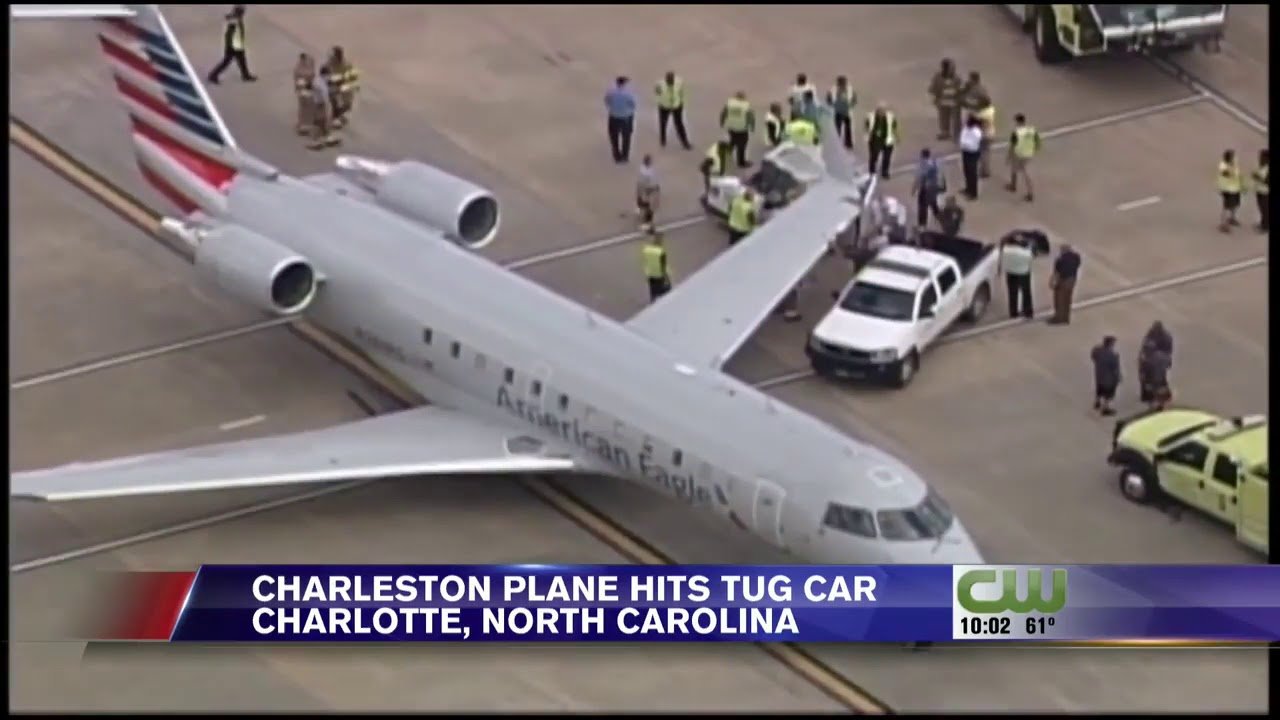 An American Airlines flight arriving at Charlotte Douglas Airport collided with a “tug” vehicle outside of Terminal E Wednesday, sending one person to the hospital.

According to American Airlines, American Eagle flight 5233, arriving into Charlotte from Charleston, West Virginia made contact with a tug while it was taxiing to the gate.

Thirty-one passengers and three crew members were on board the plane at the time of the collision, but none were injured. The driver of the tug was taken to the hospital in stable condition.