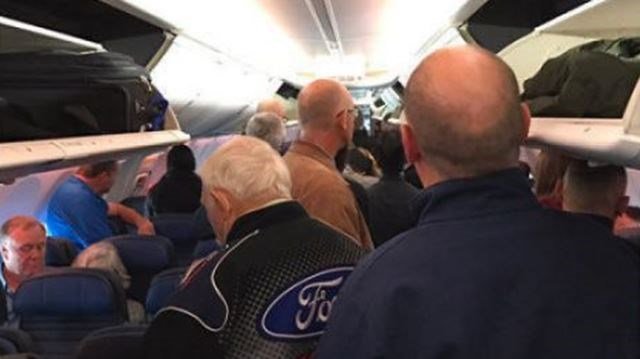 An American man has been charged with mischief after a fake bomb was found in a Chicago-bound passenger’s luggage at Pearson International Airport.

U.S. Customs and Border Protection issued a release about their investigation into United flight #UA547 that was bound for Chicago’s O’Hare International Airport. It was set to fly out of Pearson at 7 a.m. on Thursday, April 6, but was delayed for several hours.

“U.S. Customs and Border Protection discovered a mock improvised explosive device during an inspection of a traveller’s suitcase at the Toronto pre-clearance facility,” read the statement. “CBP officers immediately notified Canadian Air Transport Security Authority, who swabbed the mock IED for explosives with a negative result.”

Peel Regional Police said in a news release said their Explosive Disposal Unit examined the device and determined it was not an explosive.

U.S. Customs say they stopped all passenger processing while the mock IED was tested. They also conducted a “joint inspection of the aircraft, rescreening all travellers and baggage.”