NEWS: Australia to introduce rules requiring 2 people in the cockpit at all times 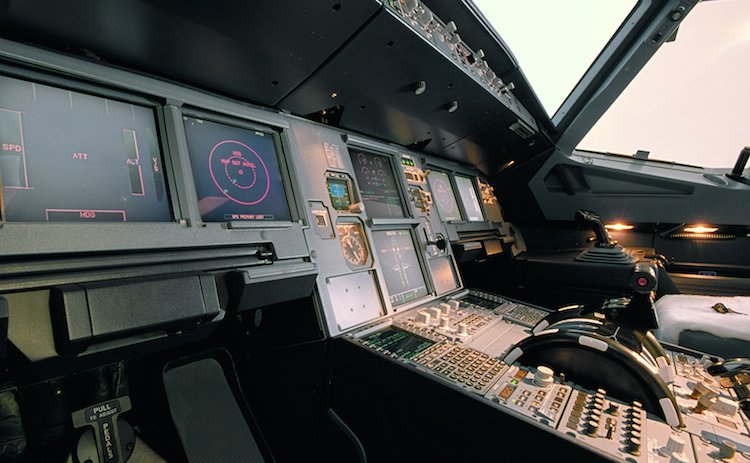 Australia has joined other jurisdictions including Canada and New Zealand in requiring two people to be in the cockpit of regular public transport (RPT) flights at all times. Deputy Prime Minister and Minister for Infrastructure and Regional Development Warren Truss told reporters in Melbourne on Monday Australia’s airlines would immediately implement the two-person rule for all RPT services operated by aircraft with 50 or more seats.

“Today’s decision is a sensible, measured response that combines safeguarding the travelling public with the practical capabilities of the aviation sector,” Truss said in a statement.

“The pilot in command of the aircraft will retain operational discretion on the application of the two flightcrew cockpit requirements, to ensure safe operations, depending on flightcrew circumstances.

Transport Canada and the NZ Civil Aviation Authority brought in a two-person cockpit rule following revelations the copilot of Germanwings flight 4U 9525, Andreas Lubitz, locked the captain out of the flightdeck and took control of the Airbus A320 that crashed into the French Alps killing all 150 people on board.

Several airlines round the world, including Norwegian Air Shuttle, Lufthansa, Air Berlin, Easyjet, Monarch Airlines, Virgin Atlantic and Thomas Cook, were also changing their operating procedures to require two people to be in the cockpit at all times.

Qantas said on Monday the new rule would apply across its Qantas, Jetstar and Network Aviation fleet. The only exception was for flights operated by its 18 Dash Q200 and Q300 turboprops, which have fewer than 50 seats and generally flew short sectors of between one and two hours “where the need for pilots to leave the cockpit is minimal”.

“Together with regulators and other airlines, Qantas will closely study any learnings that stem from the Germanwings tragedy to help make aviation even safer,” Qantas said in a statement.

“The safety and health of customers and employees is the Qantas Group’s number one priority. We have a comprehensive safety management system that guards against risks to our operations.”

Virgin Australia also confirmed it would be policy at the airline for at least two crew members to be in the cockpit at all times, following a detailed risk review and consultation with the Civil Aviation Safety Authority and the federal government.

“Safety is our number one priority, and the Virgin Australia Group continuously undertakes thorough risk reviews to maintain the highest safety and security standards,” Virgin said in a statement.

The two-person rule works like this – if a pilot has to leave the flightdeck to use the lavatory for example, a cabin crew member enters the flightdeck and while that pilot is away from the controls.

Truss said the new arrangements would be reviewed after 12 months to determine their effectiveness.

“As the investigation into the tragic loss of Germanwings flight 4U 9525 proceeds, Australian government aviation agencies will continue to work with the Australian aviation industry and airline staff to identify further improvements to the safety and security of aircraft cockpits as appropriate,” Truss said.

“This will include Australian airlines, flightcrew associations and the Civil Aviation Safety Authority working together to review the requirements for medical testing, including mental health, of flight crew members.”

Pilot and Australian Aviation contributor Owen Zupp wrote in a blog post on March 29 – before the government’s introduction of the two-person rule for Australia – he believed the change “may offer some degree of security if implemented correctly”.

“The relieving crew member will need training and the appropriate level of expertise and not every flight attendant necessarily wishes to perform such a duty and bear the responsibility that accompanies the task,” Zupp wrote.

“We must also bear in mind that these are potential safeguards against a relatively isolated event and down the road a different kind of isolated event will occur and a universal call for action will be heard again.

“Unfortunately no human undertaking can be made 100 per cent safe and secure; we can merely endeavour to reduce the risk.

“For the moment, we need to maintain perspective and recognise the relatively rare nature of the Germanwings tragedy when set against the backdrop of how many millions of passengers two-crew flightdecks routinely convey safely every year.”