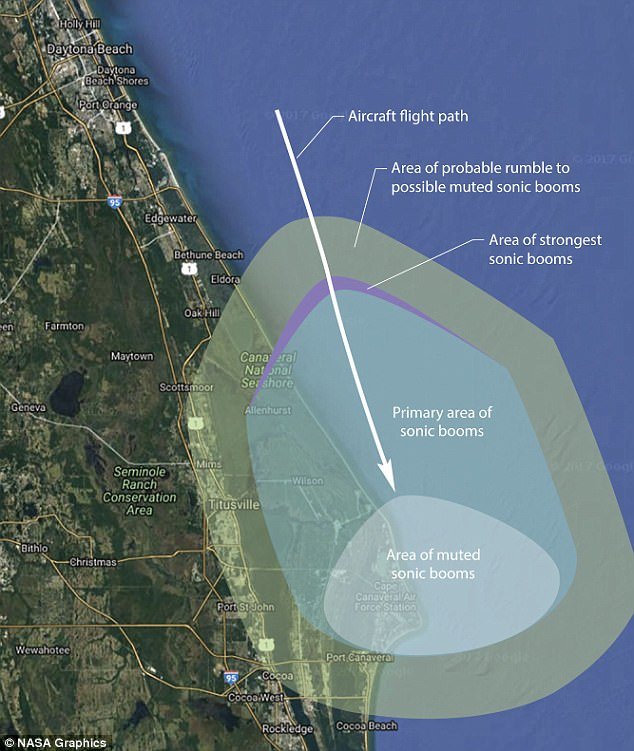 NASA’s dreams of supersonic flight have stepped closer to reality, as the space agency prepares to begin tests at its Kennedy Space Center in Florida next month.

But, for people who live in the surrounding area, this progress will come with a price – dozens of sonic booms, with as many as three per day for more than a week, ranging from the ‘rumble of thunder,’ to the ‘startling’ roar of a landing space shuttle.

The tests will investigate how low-altitude turbulence affects these booms, which are generated when a craft flies faster than the speed of sound, in efforts to eventually bring the noise down to more of a ‘soft thump.’

According to NASA, the tests will begin Monday August 21, and are expected to carry on through the end of the month, concluding either at the end of August or in early September.

All in all, they plan to achieve at least 33 sonic booms.