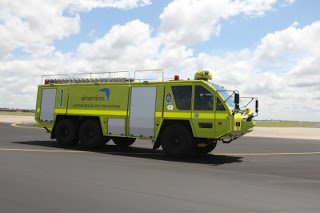 The concerned was raised when a reddish purple colored liquid substance was noticed leaking from tins with devices attached to the tins.

After an investigation was taken out the devices were mistaken and they were temperature monitoring devices.

The area at the airport was closed off and the sender was contacted with questions.

No threat was detected when scanned.