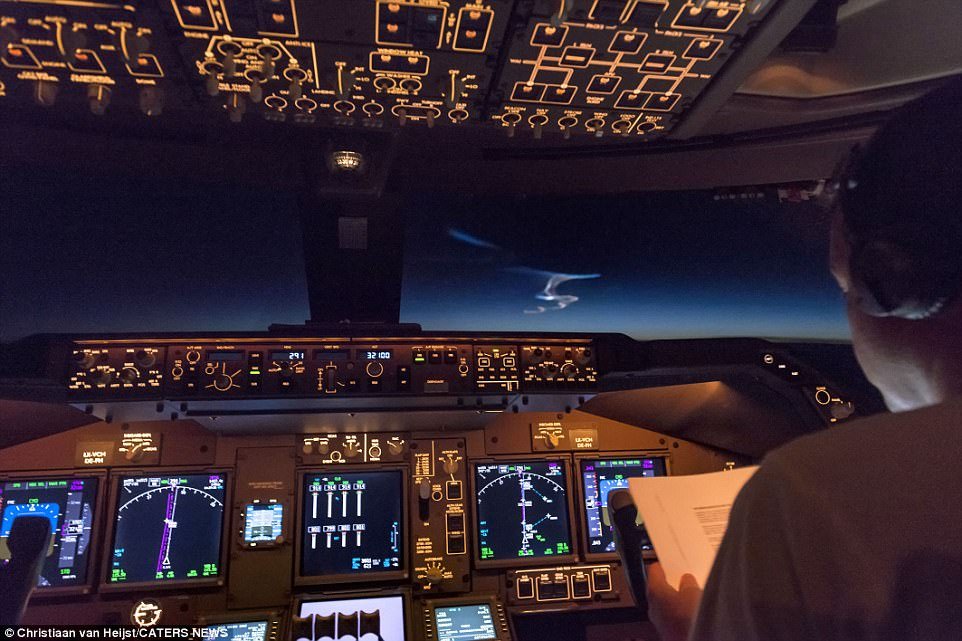 Christiaan van Heijst, 34, Dutch Pilot of a Boeing 747-8 Freighter took these breath-taking photos during a flight from Hong Kong to Baku in Azerbaijan on Sunday on an airway heading over the Himalayas.

Van Heijst’s freighter aircraft was flying at over 32,000 feet when the missile blasted past overhead.

Christiaan said: ‘Suddenly we noticed a very bright spot on the horizon that rapidly grew in size and altitude.

‘It looked like a balloon or strange cloud at first, but a few seconds later I recognised it as the contrail of a rocket or missile that was shot up in the sky.

‘I have seen it many times before on video and photos, and noticed the typical speed and characteristics of such a trail.