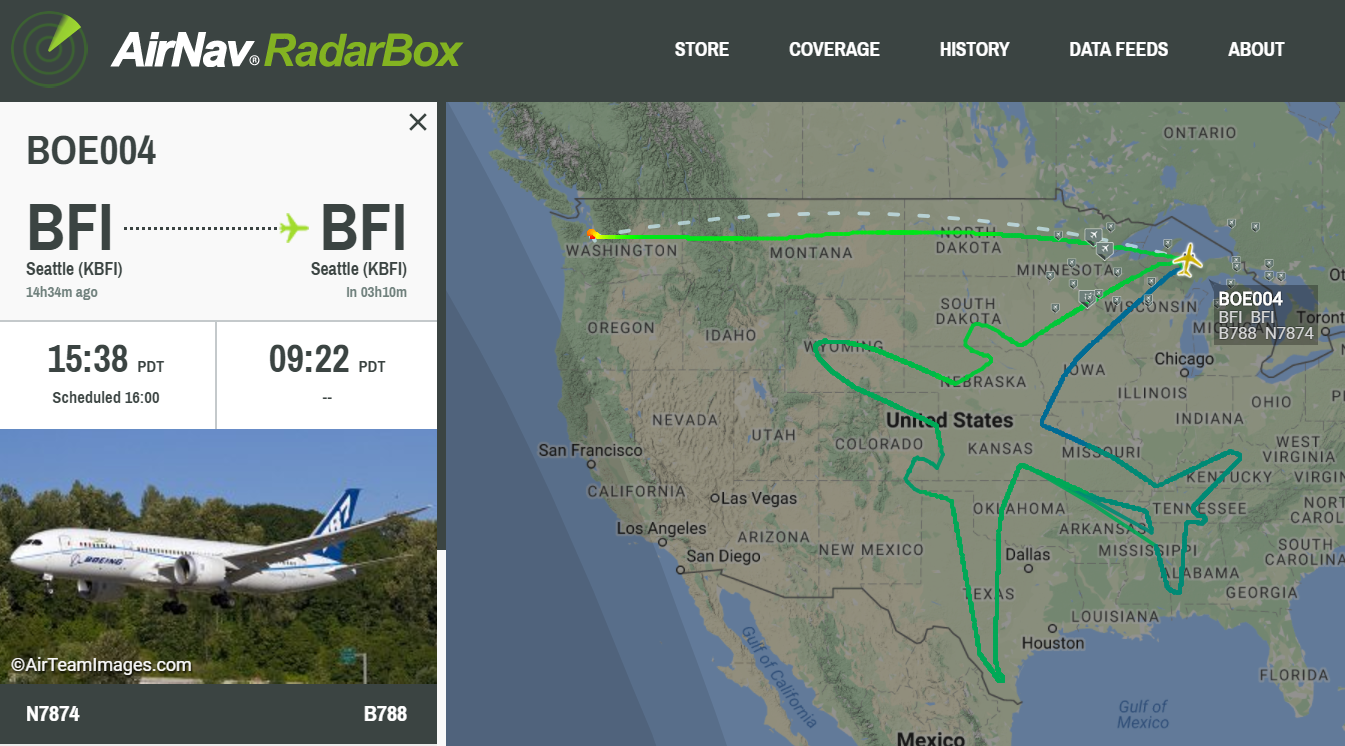 The sky over the US has turned into a giant canvas for a pilot at the controls of a Boeing 787 Dreamliner.

Flight data shows that the Boeing 787-8 (reg. N7874) from Seattle early this morning, with the crew carefully flying a path that forms a huge Dreamliner across the United States of America.

It needed 14 hour flight to draw a giant Dreamliner in the sky of US.