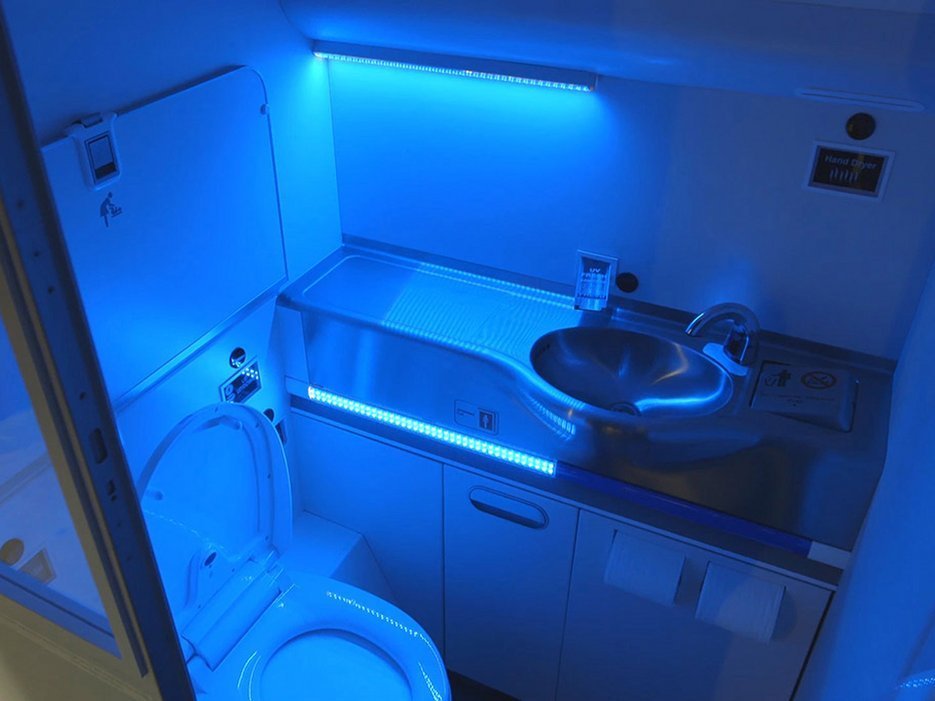 In a new lavatory prototype, the plane manufacturer automatically sanitizes lavatories after each use by employing ultraviolet light to kill 99.99 percent of germs, and disinfecting all surfaces in a mere three seconds. According to Boeing, the cleaning system would lift and close the toilet seat by itself so that all surfaces are exposed during the cleaning cycle. In addition to minimizing the transmission and growth of bacteria—and subsequently, bathroom odors—there are other bonuses of the concept: a touchless faucet, soap dispenser, trash flap, toilet lid, and hand dryer. And while ultraviolet light has somewhat of a bad reputation (hello, tanning beds), the lavatory uses far UV light, which is not harmful to humans but “destroys all known microbes by literally making them explode,” said Jamie Childress, Associate Technical Fellow and a Boeing Research & Technology engineer.