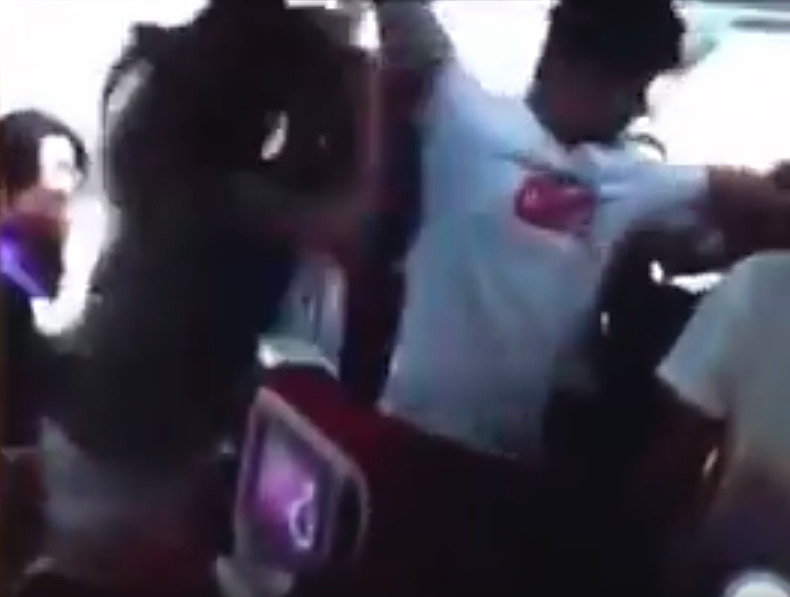 Police had to be called and five people were escorted off an airplane after a fight broke out in China on Saturday.

The brawl reportedly happened because a woman kept complaining about the delayed flight from Beijing to Xi’an.
When another passenger on the Hainan Airlines flight became involved she started hitting him with her bag, the Mail Online reported.
Flight HU7737 was due to take off at 9:50pm on Saturday but boarding was delayed until 12:30am on Sunday.