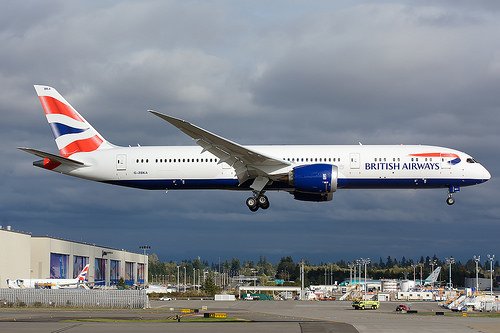 England’s national carrier British Airways have announced a new route that is to be launched between Heathrow and Santiago, Chile. The flights are due to launch on January 3rd 2017.

The four times-a-week flight will be served by the airline’s newest aircraft, the four-cabin Boeing 787-9 Dreamliner, complete with a new First cabin.

Santiago will be the latest destination in Latin America to join British Airways’ route network.  The airline recently launched new services to San Jose in Costa Rica and Lima in Peru.  In addition, it also operates flight to Rio and Sao Paulo in Brazil and Buenos Aires in Argentina.

Alex Cruz, Chairman and CEO of British Airways said: “In recent years we have been increasing our services to South and Central America reflecting the area’s continued growth in both business and tourism. This year we’ve already launched flights to Costa Rica and Peru, and the addition of Santiago will secure another important link between the UK and the region.

“The Chilean economy has been steadily growing, with increasing trade links to Europe so this new direct route will respond to the need for travel between the two Capital cities to do business face-to-face.”

“Equally, Chile is of enormous appeal to leisure travellers, especially those looking for adventure, exploration and experiences, thanks to its outstanding and diverse natural beauty and attractions and its great food and wine.”