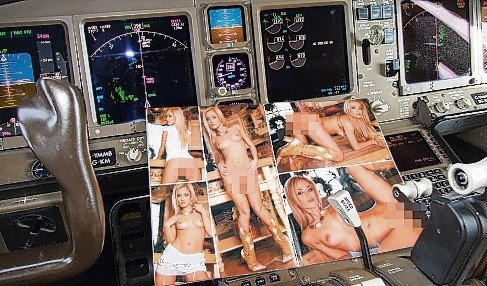 British Airways has suspended a pilot after pictures emerged of a man in stockings appearing to pleasure himself at the controls.

Although father-of-one Colin Glover denies he is the person in the photos, the airline that has employed him for 26 years has seen fit to temporarily relieve him of his duties.

The snaps reveal the airman in stockings taking lurid selfies of his aroused manhood. 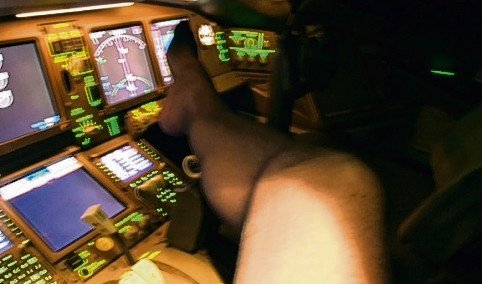 One image shows a leg sprawled over the dashboard while the plane appears to be on autopilot and with the co-pilot’s seat empty.

In another, an airman spreads his stocking-clad legs over the joystick while revealing himself.

A further sordid snap shows the man with his genitals exposed in a cabin’s toilet.

Other images show a pornographic magazine spread on the controls and explicit playing cards scattered around the cockpit.