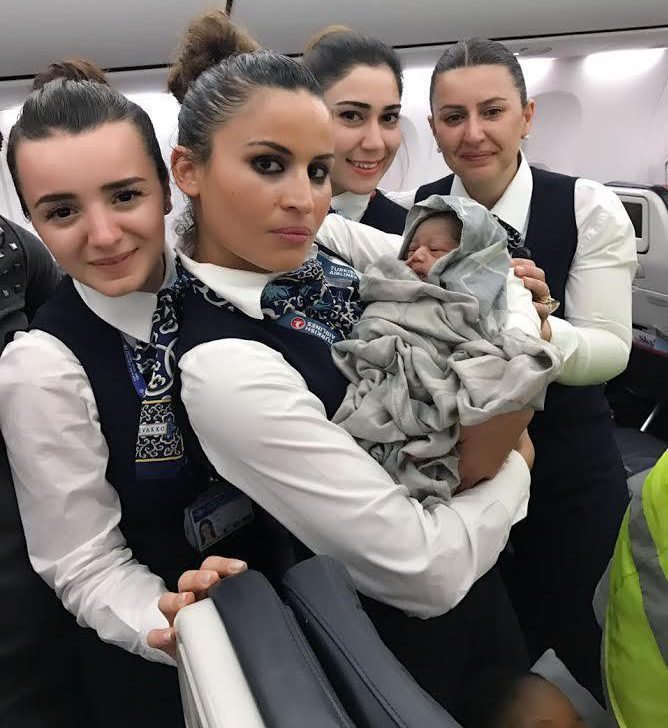 Nafi Diaby gave birth to the girl on a Turkish Airlines flight from Conakry in Guinea to Ouagadougou in Burkina Faso.

The cabin crew and passengers began helping the woman, who had been pregnant for 28 weeks.

Following a successful birth, airline workers posed for pictures with the baby – including the captain – all beaming with smiles. 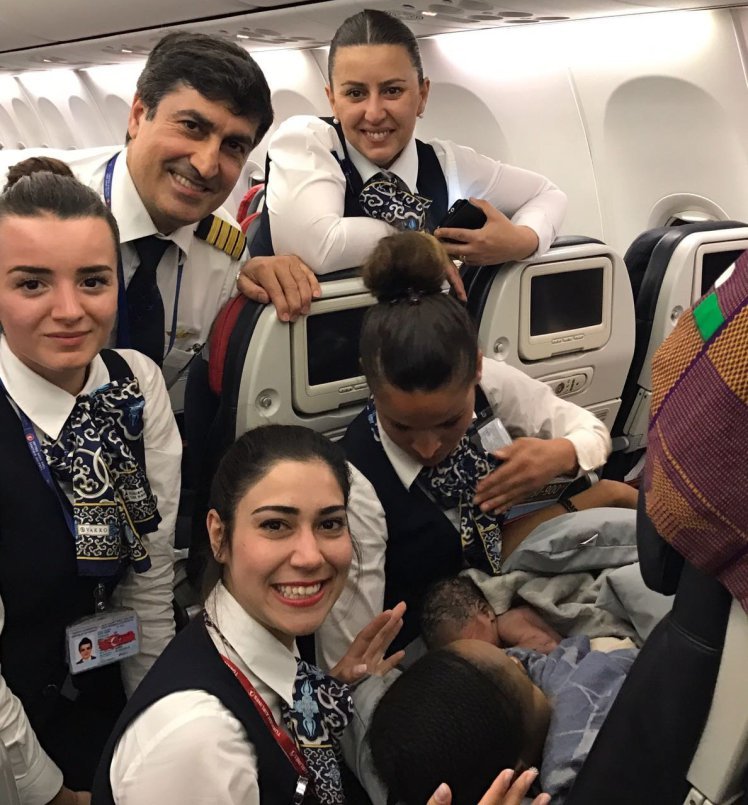 Bouthayna Inanır, one of the flight attendants who helped with the birth, said: “The mother gave birth while standing, and we received help from several other passengers.”

Welcome on board Princess! Applause goes to our cabin crew! 👏🏻👶🏽 pic.twitter.com/FFPI16Jqgt