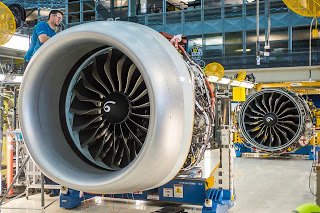 CFM International has delivered the first advanced LEAP-1B engines to Boeing to support factory rollout of the first 737 MAX airplane before year end and first flight in early 2016.

“The entire team has done an outstanding job getting the LEAP-1B engine to this point,” said Allen Paxson, executive vice president of CFM International. “We have put this engine through thousands of test hours and cycles on the ground and in the air on our own 747 flying testbed and we are thrilled with the results we have achieved. The more we see of this engine, the more confident we become that it will deliver the performance, reliability, and durability we have promised. We believe Boeing and our airline customers are going to be very pleased with this engine.”

“The delivery of the first LEAP-1B engines for the new 737 MAX ushers in the next era of our successful partnership with CFM International,” said Keith Leverkuhn, vice president and general manager, 737 MAX. “The engines will meet the commitment we made to our customers to provide industry-leading fuel efficiency, reliability and maintainability in the single-aisle market.”

In addition to the LEAP-1B engine, the 737 MAX incorporates advanced technology winglets and other improvements to deliver 20 percent lower fuel consumption than the first Next-Generation 737s delivered. To date, Boeing has received orders for a total of 2,898 737 MAX aircraft from 59 customers worldwide. Launch customer Southwest Airlines is scheduled to take delivery of the first 737 MAX in the third quarter of 2017.