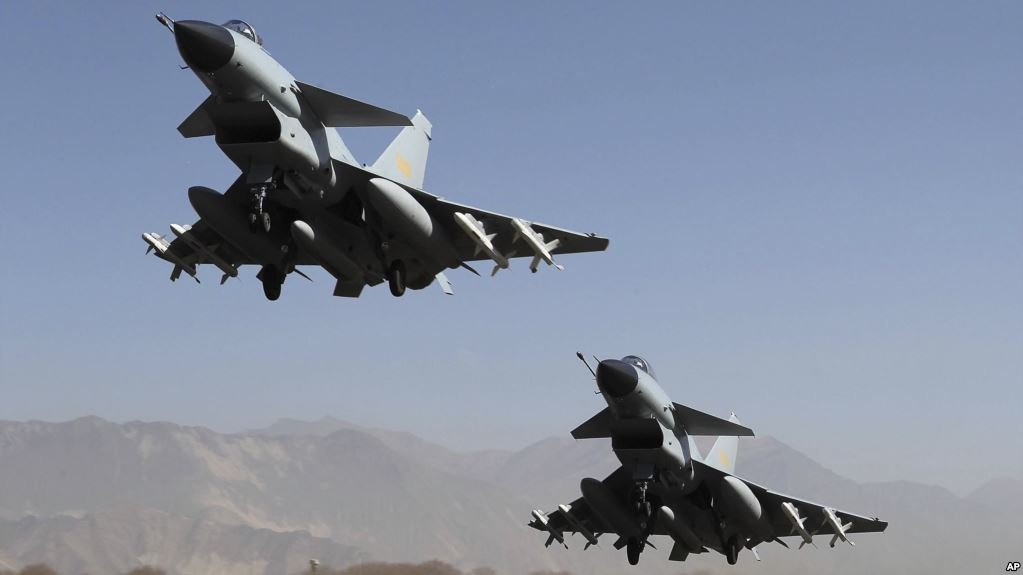 China is defending last weekend’s encounter between two of its fighter jets and a U.S. military surveillance plane over the East China Sea.

U.S. military officials say one of two Chinese J-10 fighters flew under a U.S. Navy EP-3 plane at a high rate of speed Sunday, then slowed down and pulled up directly in front of the plane, forcing the crew to take evasive action to prevent a collision. One of the Chinese jets was armed.

The U.S. plane was conducting a surveillance mission in international waters 80 nautical miles, or 150 kilometers, from the Chinese city of Qingdao when the incident occurred.

On its website Tuesday, the Defense Ministry said the action of the two fighter pilots was “legal, necessary and professional.” The ministry called on the U.S. to end the “unsafe, unprofessional and unfriendly” surveillance flights. The flights have “threatened China’s national security, damaged Sino-US sea and air military safety” and risks the lives of pilots on both sides, it said.