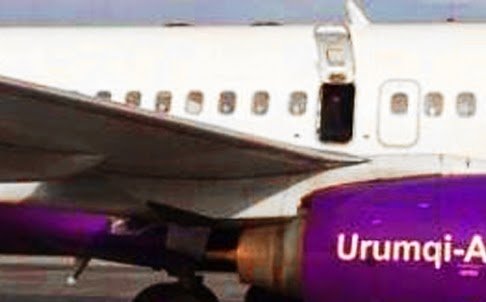 A Chinese man who opened the emergency exit of an aircraft as it was about to take off on a domestic flight in China – the latest in a string of such gaffes – claimed he had mistaken the door handle for a handrail to steady himself.

The male passenger, aged 42, who was travelling with his wife, was later placed in detention for 10 days for his “mistake”, Xinjiang’s local news portal iyaxin.com said.

He pulled the handle to unlock and open the door as the Urumqi Airlines plane was preparing for take-off in China’s Xinjiang region on Saturday afternoon.

“I thought it was just like the handrail on the bus, which I can hold on to by myself if I find myself sitting unsteadily,” the man was quoted as saying by the news portal.

He said it was his first time that he had sat next to an aircraft’s security door and had been shocked to find the door had swung open.