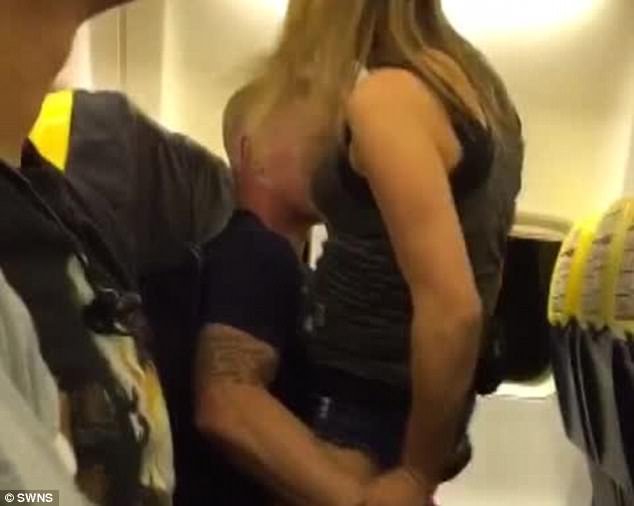 A randy couple romped on a Ryanair flight as passengers watched in shock and one filmed the saucy behaviour on his phone.

The kinky couple didn’t even bother to go to the lavatory and chose to get saucy in front of passengers on the flight from Manchester to Ibiza, at 8.20pm last Wednesday.

Passengers watched as the woman clambered on top of her companion and they began to romp an hour into the flight to the party island.

A passenger said ‘I heard them talking about it but I thought they were joking. The guy was shouting, “Anyone got a jelly?” meaning condom.

‘We all laughed but then ten minutes later they actually did it. They seemed so drunk, they brought a lot of attention to themselves.

‘You could see the girl taking off her pants and he pulled his trousers off. She started riding him.