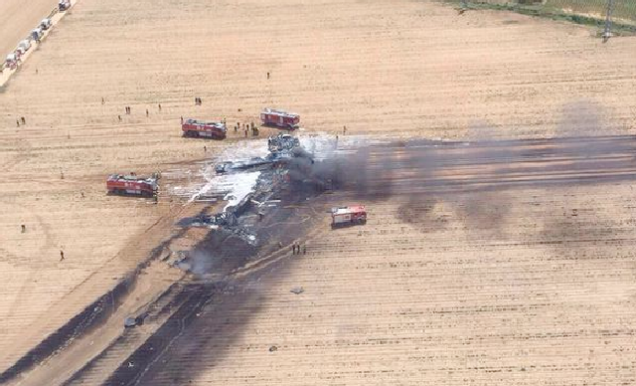 Airbus Defence and Space has sent an Accident Information Transmission (AIT) yesterday evening (2 June) as an update to the Alert Operator Transmission (AOT) of last 19 May to all operators of the A400M. This AIT informs that the DFDR (digital flight data recorder) and CVR (cockpit voice recorder) readouts have been successfully completed and that preliminary analysis has been conducted by CITAAM with representatives from Airbus Defence and Space providing technical advice.

CITAAM confirmed that engines 1, 2 and 3 experienced power frozen after lift-off and did not respond to the crew’s attempts to control the power setting in the normal way, whilst engine 4 responded to throttle demands. When the power levers were set to “flight idle” in an attempt to reduce power, the power reduced but then remained at “flight idle” on the three affected engines for the remainder of the flight despite attempts by the crew to regain power. This statement is consistent with those three engines being affected by the issue addressed with our AOT.
Preliminary analyses have shown that all other aircraft systems performed normally and did not identify any other abnormalities throughout the flight. Accordingly, Airbus Defence and Space does not have any additional specific recommendations beyond those specified in our AOT of May 19th.
The investigation continues and further updates will be given if significant new information becomes available.
June 3, 2015
Share this post
Share on FacebookShare on Facebook TweetShare on Twitter Share on WhatsAppShare on WhatsApp Share on LinkedInShare on LinkedIn