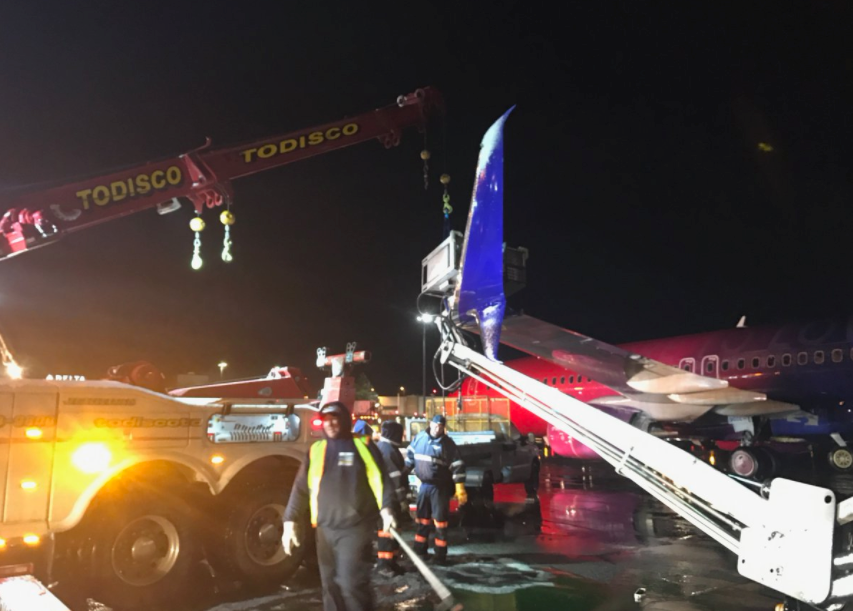 A de-icing truck tipped over after colliding with an Alaska Airlines aircraft at Boston’s Logan International Airport Friday night, injuring the worker in the truck’s basket, officials said.

The truck came in contact with the San Diego-bound Boeing 737 aircraft on the tarmac around 7 p.m., according to Massport, the authority which operates the airport.

Alaska Airlines Flight 769 had just pushed back from the gate for departure and was being de-iced when the truck came in contact with the left wing of the aircraft, reported ABC affiliate KOMO in Seattle, where the airline is based.

The truck tipped over, injuring the worker, who was transported to a nearby hospital.