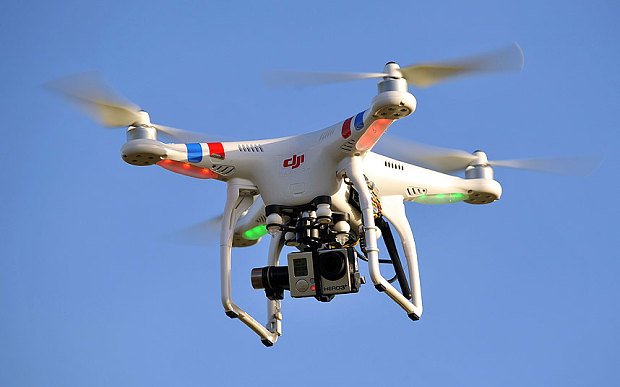 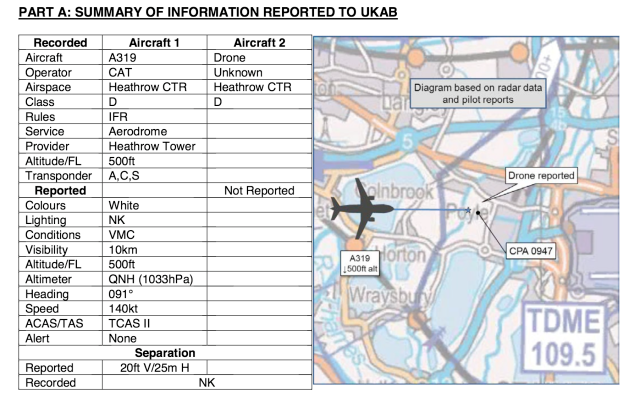 According to a safety incident report published by the United Kingdom’s Airprox air safety board, an Airbus A319 landing at Heathrow International Airport last September narrowly avoided a collision with a drone flying at an altitude of 500 feet as the jet was on its final approach. The pilots reported the small hovering helicopter-style drone passed about 25 yards to the left of the cockpit and just 20 feet above the aircraft.

The A319’s wingspan is 112 feet, so that would mean the drone missed the airliner by as little as 30 feet. The pilot reported that there was no time once the drone was sighted to take evasive action. The pilot reported the drone to air traffic controllers, and the police were dispatched. However, the drone pilot was not found. The incident was classified as meeting risk category A—the highest level incident covered by the reporting system short of an actual collision.