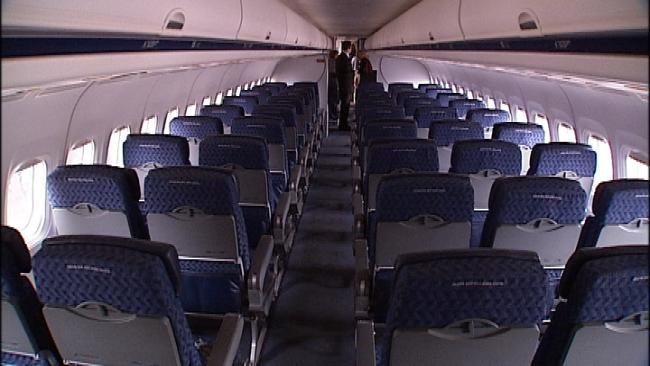 The small fire forced the flight from Dallas to Indianapolis to make an emergency landing at Clinton National Airport in Little Rock, Arkansas.

American Airlines spokesman Ross Feinstein said none of the 137 passengers or five crew members was injured, according to the Associated Press (AP). The airline said crew members quickly extinguished the fire.

Feinstein also said a replacement plane was sent to Little Rock and all the passengers arrived in Indianapolis later Thursday.

Authorities inspected the original plane in Dallas and no damage was discovered. Feinstein told local media that all details about how the e-cigarette caught fire and where it was stored will be investigated by the FAA.