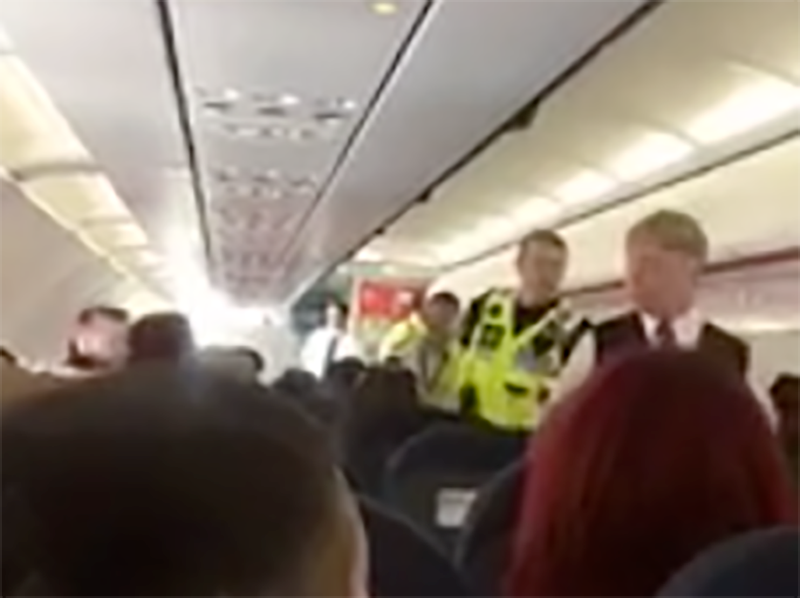 An easyJet flight full of holidaymakers was forced into an emergency landing in London after two women had a mid-air bust-up.

Sam Tinsly, 22, from Bootle, witnessed the moment the “disruptive” pair started “shouting and swearing” on a easyjet flight from Manchester to Antalya, Turkey yesterday.

Two women were met by police officers on the runway and issued with fines, which can cost up to £90 each.

Police said they will have 21 days to pay up or face further action.

Footage shot from inside the plane shows one of the women being escorted off by security officials – to cheers from fellow passengers.

Staff alerted the captain, who then decided to land the plane in London so the women could be removed.