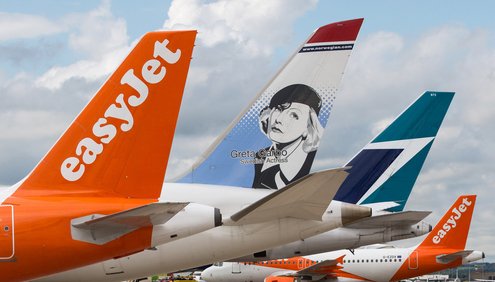 Legacy airlines have traditionally offered connectivity through costly and complex interline and codeshare agreements and procedures – with Worldwide by easyJet these will be replicated by self-connect and sales partnerships through a digital, virtual hub which will offer the same sort of connectivity but more simply and efficiently.

With seats available from today, “Worldwide by easyJet” enables customers to seamlessly connect their easyJet flight with partner airline flights with launch partners WestJet and Norwegian using the GatwickConnects product.

easyJet has leadership positions at more of Europe’s major airports and flies on more of Europe’s 100 largest routes than any other airline which makes it the most attractive European short haul airline not currently providing connectivity.

easyJet will sign other airlines up to Worldwide by easyJet with talks already far advanced with middle-eastern and far eastern carriers amongst others. As well as adding partners at Gatwick Airport easyJet plans to expands to other key easyJet airports in Europe such as Milan Malpensa, Geneva, Amsterdam, Paris Charles De Gaulle and Barcelona.

easyJet is also starting to sell stand-alone tickets on behalf of partner airlines alongside the connectivity product on easyJet.com. Loganair is signed up as a further launch partner and their tickets will be available on easyJet.com from next month. Loganair operates a complementary network to easyJet and will allow easyJet passengers to easily book onward flights – e.g. from Glasgow and Edinburgh with Loganair to Scotland’s Highlands and Islands, including the Glasgow – Barra link, the world’s only scheduled service to a beach airport. The appeal to the partner airlines is access to one of the biggest travel websites in Europe with around 360m visits in the past twelve months.

Worldwide by easyJet will also allow easyJet passengers to connect with other easyJet flights through Gatwick Airport. Currently around 200,000 “self-connect” on easyJet – booking separate easyJet flights and the GatwickConnects product themselves in three different transactions.