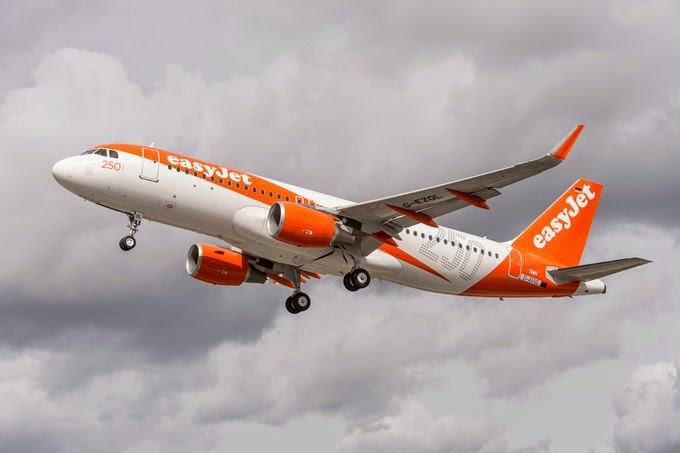 To celebrate the 250th delivery, easyJet unveiled its newest A320 with a unique livery featuring 250 miniature aircraft. As with other recent deliveries to easyJet, the A320 is equipped with the latest technology and fuel-saving Sharklets.

Carolyn McCall, CEO of easyJet, commented: “Taking delivery of our 250th Airbus helps us to continue to make travel easy and affordable and on our journey to become Europe’s leading airline. This milestone symbolizes the long term and successful partnership between Airbus and easyJet. It was only four years ago that we celebrated our 200th aircraft delivery. At that time easyJet then became the world’s youngest airline to reach a fleet of 200 Airbus aircraft also achieving it in the fastest time. easyJet is proud to count Airbus and CFM as such reliable partners.”

easyJet is one of Europe’s leading airline offering a unique and winning combination of the best route network connecting Europe’s primary airports, with great value fares and friendly service .

The airline flies 234 aircraft on more than 750 routes to over 130 airports across 33 countries.

easyJet operates Europe’s largest and the world’s fourth largest Airbus single aisle fleet. Since easyJet took delivery of its first Airbus aircraft (an A319) in September 2003, Airbus has delivered an aircraft on average every 16 days since the first delivery