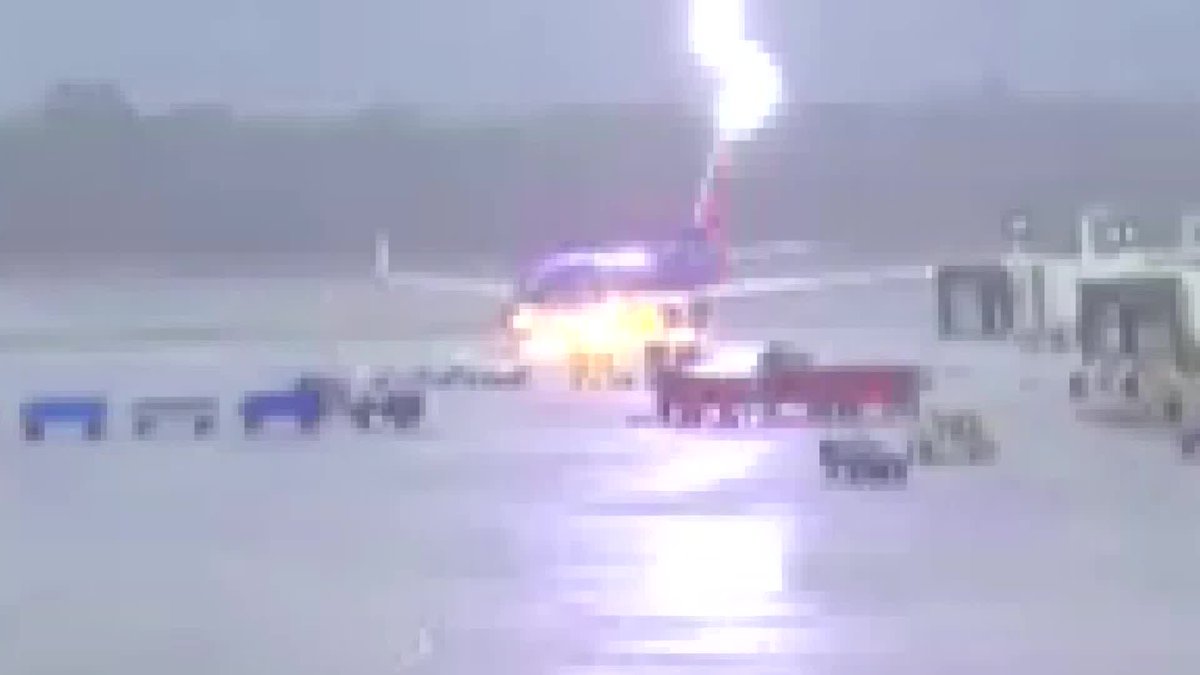 Southwest Florida International Airport has released video of a lightning strike incident involving a NavStar employee on the tarmac in July.

Austin Dunn, 21, suffered third-degree burns, muscle damage and bleeding in the brain when lightning struck a plane near him on July 22, 2017 at the Southwest Florida International Airport.

While the airport activated its inclement weather alarm system, it’s up to individual carriers to decide whether to follow system precautions, RSW officials said.